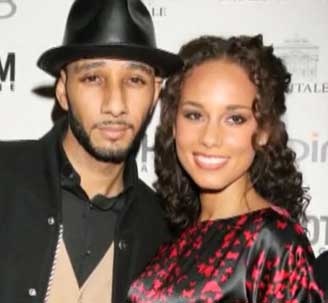 NEW YORK (AP) -- Call her Mrs. Beatz. Alicia Keys has married producer Swizz Beatz (Swiss Beats), with whom she is expecting her first child.
A representative for Keys on Sunday confirmed the wedding.
The Skanner News Video - Alicia weds
The Grammy winner and Beatz -- whose real name is Kaseem (KAH-seem) Dean -- announced in May that they were engaged. They were wed Saturday at a private ceremony. Deepak Chopra conducted the ceremony.
It is the 29-year-old singer's first marriage. Thirty-one-year-old Beatz has been married before and has two sons. Their baby is due later this year.