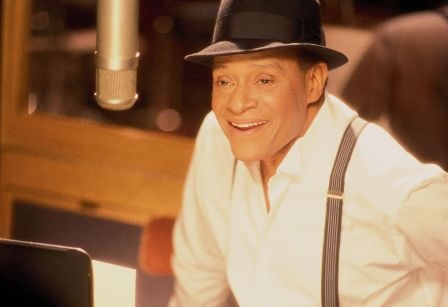 PARIS — Grammy-award winning singer Al Jarreau is feeling better after being in intensive care in a French hospital Friday.
The artist suffered breathing problems in the Alps, forcing him to cancel four concerts.
Jarreau's manager, Joe Gordon, said the 70-year-old singer "is awake and he's concerned" about missing concerts. Apparently to cheer him up, the doctors did a little dance, Gordon said.
"He's only canceled one concert (due) to his health in his entire career," Gordon, who was at Jarreau's side, told The Associated Press in New York. But he also said, "It was life threatening" and "he's doing well, considering."
Gordon said the Thursday concert at a jazz festival in the French mountain town of Barcelonnette, in the southern Alps was canceled in the middle of his warmup routine.
"We canceled the concert as a precaution because he wasn't feeling good," the manager said.
The director of the jazz festival, Xavier Fribourg, told The AP that Jarreau was evacuated by helicopter just before the start of the concert.
A note on Jarreau's official Web site said the world-acclaimed singer was in "good spirits" and "looking forward to getting back out on the road." The note said he would perform in Nuremberg, Germany, next Thursday as scheduled.
"We hope to be able to do that," the manager said.
Jarreau "decided to take precautionary measures and admit himself into the hospital after his body did not adjust normally to mountain altitude," the Web site note said.
He was taken to the intensive care unit in the city of Gap, the hospital said Friday.
"Upon medical advice, (he) was advised not to perform to allow him time to recover," Marshall Arts Ltd., his British agent, said in a statement.
The Grammy Award winner was conscious and breathing without assistance Friday but was still in intensive care receiving treatment for respiratory problems, said Maurice Marchetti, deputy director of the hospital.
Marchetti said doctors weren't certain what went wrong, but they believe fatigue as well as the altitude may have played a role in Jarreau's health problems. The singer is on a lengthy overseas tour that takes him to far corners of Europe, Japan and back to the United States.
Doctors initially felt his condition was worrisome but "it seems for the past few hours there are signs his health is stabilizing, which would be an encouraging sign," Marchetti said.
The note on Jarreau's site was upbeat, saying he is "once again asking about delicious local dishes he can sample .... Al greatly values the opportunity he has to share his music and joy with fans around the world."
Jarreau, who started out in jazz before crossing over into pop and R&B, canceled two shows in Germany and another in Azerbaijan besides the one in France, his agent said.
Jarreau is one of the few artists to have won Grammys in three separate categories — jazz, pop and R&B — like Michael Jackson.