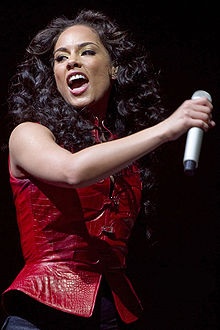 Keys has recruited Jay-Z and Sade to perform at her charity's annual Black Ball on Sept. 30 at New York's Hammerstein Ball. Keys will also hit the stage.

The foundation, Keep a Child Alive, is celebrating its seventh year. The organization assists children and families affected by HIV/AIDS in Africa and India.

The 29-year-old Keys is expecting her first child with producer-rapper Swizz Beatz. She and Jay-Z teamed up last year for a hit song about New York called "Empire State of Mind."

The charity didn't know whether Sade's band would accompany her to the ball. The 51-year-old singer and her group won a Grammy for their song, "Lovers Rock," which was released in 2000.