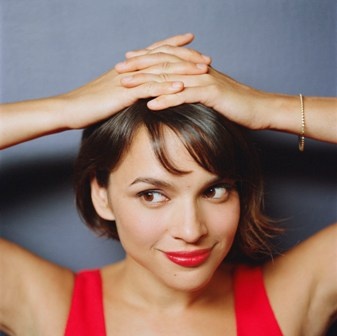 Norah Jones was born Geethali Shankar in Brooklyn on March 30, 1979, to Sue Jones and Ravi Shankar, the legendary Indian sitar player. At the age of 4, she and her mom moved to groovy Grapevine, Texas, where she started singing in the church choir at an early age, while learning to play the piano, guitar and alto saxophone.
At 16, she changed her name to Norah Jones while attending Booker T. Washington High School. After graduation, she majored in piano at the University of North Texas until she decided to return to New York City to form a band. In 2002, she made a mellow debut with "Come Away with Me," a universally-acclaimed CD which won 8 Grammy Awards and is the best-selling jazz album of all time at over 20 million copies and counting.
Norah's next couple of records, "Feels Like Home" and "Not Too Late," also went platinum, and she's currently on tour for her fourth, "The Fall." Besides singing, songwriting and playing multiple instruments, this gifted Renaissance woman is also an actress who has enjoyed a starring role in "My Blueberry Nights" and appeared as herself in "Two Weeks Notice" and "Life Support Music." Here, the sultry siren talks about life, music and her latest screen outing in "Wah Do Dem," a road comedy where she cameos as the ex-girlfriend of a just-dumped slacker who gets mugged while vacationing in Jamaica.

To see a video of Norah Jones singing Don't Know Why, visit: http://www.youtube.com/watch?v=Ccu9YUgP680

To find out when Norah will be playing in a venue near you, visit: http://www.norahjones.com