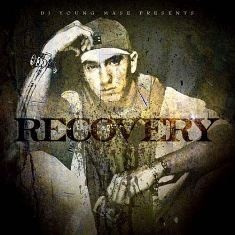 DETROIT (AP) -- Slim Shady's back with a new record.
Michigan-based rapper Eminem's latest sonic offering, ``Recovery,'' is being released on Monday, June 21.
The CD comes out just over a year after his last album, "Relapse," which debuted atop the Billboard Top 200 chart and eventually went platinum.
The man born Marshall Mathers has another big event planned for this summer: He and fellow hip-hop star Jay-Z are going to play a concert at Comerica Park in Detroit on Sept. 2.
The duo will play Yankee Stadium 11 days later.