LOS ANGELES (AP) --Although Taio Cruz's debut album, out this week, is called "Rokstarr,'' he wears the pop-genre label proudly.
But Cruz -- who recently had a No. 1 hit with the song "Break Your Heart" -- knows some people don't have much respect for pop.
"I think 'pop' became a dirty word. I'm not going to name any names, but then some people ripped all the soul out of it," said the 27-year-old, who hails from Britain. 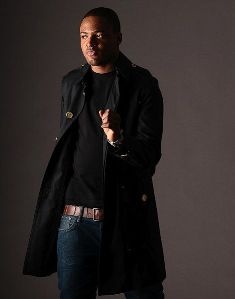 "People like Madonna, people like Michael Jackson -- that's pop music, but it had soul, it had real musicianship to it," he added. "Then it became very manufactured, this terrible thing to say that you are. But, for me, I just love pop music that takes influences from loads of different genres, and just focuses on the catchiest parts of that music."
That's what Cruz has tried to do, not just with his own music, a mix of dance and pop. He has been a Top 40 mainstay in the U.K. since 2006.
Still, American success was important to him: "For me, as a kid, all of my influences were pretty much American, whether it was Michael Jackson or Madonna -- most of the big stars generally come from here. My music has always been geared that way."
Cruz made his impact on the U.S. charts in a big way with "Break Your Heart." It set the record for the largest jump to No. 1 on the Billboard Hot 100 by an act with its first charting single, soaring from 53-1 in early March. Despite setting a precedent, Cruz tried not to let himself get too excited over the milestone.
"I just kind of try to just remain calm with everything that I do," he explained. "If I release a record and it sells 20,000, or if I release a record and it sells 20 million, I try to treat them both the same."

Watch and Listen to Taio.