With 'Cosmogramma,' Flying Lotus Takes It to Next Level 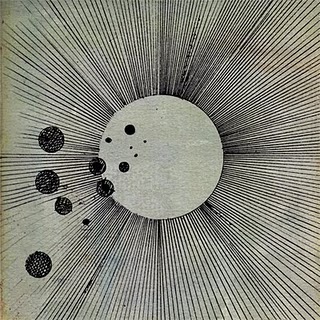 
(AP) Flying Lotus is one of the true artists attempting to take hip-hop to the next level.
The Los Angeles-based producer's third album is a seamless amalgam of futuristic beats and revolutionary jazz. His interplanetary innovations feel imbued with an attention toward composition and touch on everything from classical pop to dubstep.
FlyLo's buoyant constructions are anchored by his ace deployment of clapping percussion and thumping bass. The textures of his drum treatment distend wildly, from a swaggering Left Coast bap to the sounds emanating from a recreational pingpong match. Through it all, his adroit rhythmic sense is never compromised.
Above the fray, angelic divas stutter and flutter, most of time implying tone rather than enunciating actual words or thoughts. His vocalists, or sampled voices, drift around suspended, offering aural epiphanies that play like highlight reels of pillow talk sessions.
A number of tracks saunter into the corners of smoky jazz clubs -- not surprising, considering FlyLo is John Coltrane's nephew. The musicians helping flesh this out lean heavy on that tradition. Bassist Thundercat of Sa-Ra Creative acts as FlyLo's Ron Carter, harpist Rebekah Raffs takes the role of Coltrane's widow Alice Coltrane, and their son Ravi graces a number of tracks with his take on post-bop saxophone.
This juxtaposition of being aware of one's cultural heritage but always looking to the future has placed Flying Lotus at the vanguard of the beat scene.
CHECK THIS TRACK OUT: For the uninitiated, the draw might be the appearance of Radiohead's Thom Yorke on "And The World Laughs With You." To his credit, his vocal contribution comes off more like a finishing touch, never overshadowing the dense production stretching out beneath the slurred sort of techno.