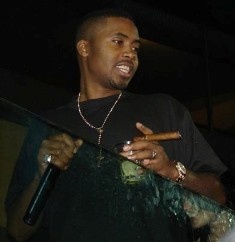 LOS ANGELES (AP) -- Nas says he's focusing on music and his children after striking a deal to dismiss a civil contempt charge against him.
A Los Angeles judge dismissed the contempt allegation against the rapper Monday after he paid nearly $50,000 in child support to his estranged wife Kelis.
Kelis' attorney sought the contempt charge earlier this year after Nas fell $200,000 behind on child and spousal support payments. He was ordered in December to pay more than $51,000 a month to Kelis and their infant son.
She filed for divorce in May.
In a statement released Wednesday, Nas says, "All I want to do is make music and raise my kids. Nothing else matters."
Both musicians have said they're working on new music.
Nas has a daughter from a previous relationship