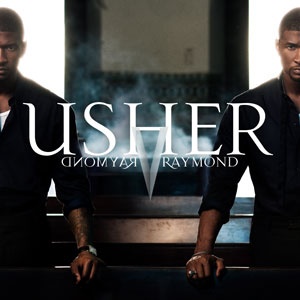 (AP) -- Usher's latest disc, "Raymond v. Raymond,'' is a bit like deja vu.
It has all the elements of his earlier albums. There's the less-than-subtle autobiographical relationship track -- in this case, it's a song about divorce ("Papers''). And in the vein of 2004's "Confessions,'' a woefully apologetic Usher spills the beans about cheating on "Foolin' Around.'' It opens with him saying: "I know I vowed to never do this again, but it seems to be the only thing I'm good at.''
While it's clear he underestimates his ability to do better in the fidelity department, it seems the singer has limited himself musically as well.
The Jim Jonsin-produced "There Goes My Baby'' is instantly appealing, but upbeat club tracks including "Lil Freak,'' featuring rap "it'' girl Nicki Minaj, and "She Don't Know,'' with Ludacris, are catchy but disappointingly safe choices for 31-year-old Usher.
"So Many Girls'' and the will.i.am-produced "OMG'' border on disastrous as far as sound and lyrics go. But the real letdown of "Raymond v. Raymond'' is that those who listen to it won't know any more about Usher Raymond, as an artist or a man, than they previously did.
CHECK THIS TRACK OUT: With help from Jimmy Jam & Terry Lewis, Usher says loving him is a no-no on the fun, reggae-influenced "Pro Lover.''