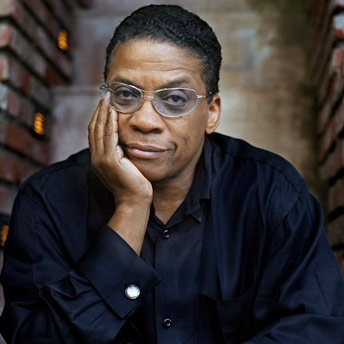 NEW YORK (AP) -- Jazz legend Herbie Hancock will be feted at a belated 70th birthday bash at Carnegie Hall that will highlight the revival of a major summer jazz festival in the Big Apple.
The pianist, who turns 70 on April 12, will be joined by comedian Bill Cosby, saxophonist Joe Lovano, trumpeter Terence Blanchard, and saxophonist Wayne Shorter, Hancock's bandmate in Miles Davis' famed 1960s quintet, with more guests to be announced. The June 24 concert, ``Herbie Hancock, Seven Decades: The Birthday Celebration,'' will benefit The Thelonious Monk Institute of Jazz.
``That will be a very exciting night -- perhaps one of the unique nights in the history of the festival with a lot of people coming just to salute Herbie,'' the festival's producer, George Wein, said Friday.
The concert will be followed by a festival first -- an old-time midnight jam session paying tribute to Hancock -- at the City Winery nightclub.
After lining up new sponsorship from medical technology company, CareFusion Corp., Wein has resurrected New York's flagship summer jazz festival, which he first launched in 1972. The festival was canceled last year after Japanese electronics firm JVC withdrew its sponsorship.
Wein, who founded the first outdoor jazz festival in Newport, RI, in 1954, had envisioned retiring when he sold his company, Festival Productions, in 2007. But the new owners ran into financial difficulties, and Wein formed a new company last year to save the Newport and New York festivals.
The CareFusion Jazz Festival will make its debut from June 17 to 26 with some 45 concerts at 20 venues, including concert halls, parks, museums and libraries in four boroughs.
Carnegie Hall will be the site of three other high-profile concerts featuring trumpeter Chris Botti, Brazilian bossa nova maestro Joao Gilberto, and the trio of pianist Keith Jarrett, bassist Gary Peacock and drummer Jack DeJohnette.
There will also be several free outdoor concerts, with Latin jazz star Eddie Palmieri performing in a Bronx park and pianist McCoy Tyner's quartet featuring saxophonist Ravi Coltrane and the Stanley Clarke Band with Japanese pianist Hiromi playing at Central Park's SummerStage.
But otherwise, Wein says that this year's festival will take a new youth-friendly approach highlighting up-and-coming musicians like Darcy James Argue's Secret Society, the quartet Mostly Other People Do the Killing, and the jazz-hip-hop collective Revive da Live, including rapper Talib Kweli.
``We feel the future of jazz relates to the young people that are playing now,'' said the 84-year-old Wein. ``Jazz is not a dying situation _ it's more alive than ever because there are more people playing the music than ever before.''
To that end, Wein has teamed with a new generation of music presenters at venues in downtown Manhattan, Harlem and Brooklyn. The festival is paying the musicians and letting the clubs collect the gate, asking only that ticket prices be kept at a recession-friendly $15 for most events.
``It's helping the clubs and the musicians,'' said Wein. ``Its our own stimulus program.''
____
On the Net:
www.newfestivalproductions.com