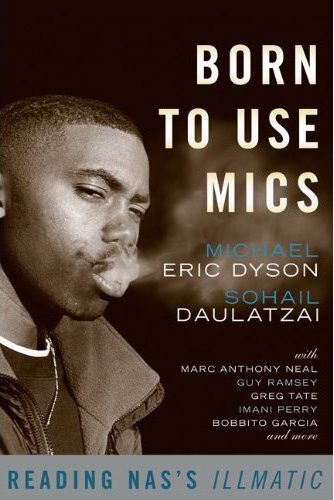 When he was 19, Nasir "Nas" Jones began recording what would be one of the most important hip hop albums of all time. The 1994 "Illmatic" is a personal account of life in New York's Queensbridge housing project.
The new book "Born to Use Mics: Reading Nas's 'Illmatic'," editors Michael Eric Dyson and Sohail Daulatzai bring together an original collection of voices to confront Nas' masterpiece in a literary remix. Just as hip hop artists sample others' work and newly interpreting it, Dyson and Daulatzai employ writers to sample and reinterpret Nas' work with a new perspective. Each scholar assesses an individual track from the album, using the song as a jump-off point to use their own analysis.
The contributors look at Nas' work and analyze it, putting it in perspective in the history of hip hop. Contributors include:
Mark Anthony Neal on jazz, hip hop and fathers; Imani Perry on lyrical transcendence; Sohail Daulatzai on the significance of 'N.Y. State of Mind' in a post-9/11 America; Marc Lamont Hill on Nas as a Black public intellectual; Kyra Grant on the intersection of Nas, hip hop, gender and patriarchy; James Braxton Peterson on hip hop worldviews.