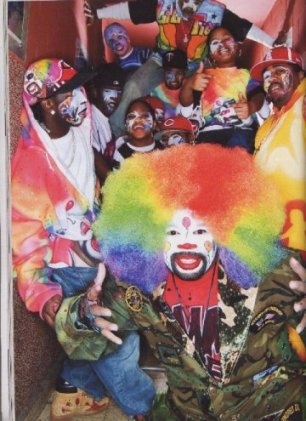 Famed entertainer and dancer Tommy the Clown will be a judge at the upcoming 2010 Nordic Moves street dance event on Jan. 23-24 in Helsinki, Finland. The event, which attracts the best dancers from Finland, Russia, Latvia, Denmark, Spain, Switzerland, Morocco, Japan and the U.S., is especially known for its good atmosphere and esteemed judging panel.
Nordic Moves, an event which attracted over 200 dancers and 2000 spectators last year, consists of the Juste Debout preliminary competition, a showcase night and the Open Finnish Crew Championship.
Tommy the Clown will be judging the Open Finnish Crew Championship which is open to all street dance styles such as Old School Hip Hop, Newstyle, B-boying, Locking, Popping, House, Krumping, Waacking and more.
The championship, organized by the Finnish Street Dance Federation, allows all street dance crews with 2-7 dancers without age or citizenship restrictions to compete. Along with Tommy the Clown, other street dance legends such as Boogaloo Sam, Mr. Wiggles, Popin' Pete, Suga Pop, Tony GoGo, B-boy Ynot, Kaiti Dangerkat and Bruce Ykanji will be judges on the championship panel.
Following the competition, the event will host a Showcase night which will feature some of the biggest world-class names in street dance and will include Tommy the Clown and one of his dancing crew, Rampage. Rampage has trained at the Debbie Allen Dance Academy and is a certified instructor of Clown Street Productions. He has appeared in music videos with R&B sensation Chris Brown and has traveled internationally teaching dance in Germany and Italy.
Tommy the Clown, known as the pioneer of an inspirational dance movement known as "Clowning" and "Krumping," has made a popular form of birthday party entertainment into a worldwide phenomenon. He has traveled all over the world with his crew, the Hip Hop Clowns, including London, Japan, Germany and Hong Kong, making various appearances and performances and inspiring people to keep spreading the movement. Tommy the Clown and the Hip Hop Clowns have also been asked to entertain for celebrities such as Madonna, Pamela Anderson and Cedric the Entertainer.
Making a world-wide impact on the street dancing sensation, Tommy's dance craze caught the attention of award-winning director and photographer, David LaChapelle – who was compelled to film this amazing movement. LaChapelle directed the documentary feature, "Rize," which was released in summer of 2005 through Lions Gate Films.
Dedicated to helping at-risk youth, Tommy has appeared at various schools and colleges across the United States and recently formed a partnership with the Los Angeles Unified School District to provide an in-school workshop on Clowning and Krumping based on the California Education Standards. His immediate goal is to establish the "Battle Zone League," which will encourage students to maintain good behavior, attendance record, and a high grade point average at all times.
Earlier this year, Tommy the Clown and Snoop Dogg announced a partnership to create on organization called the C.L.O.U.T. (Changing Lives One Youth at a Time) Foundation. The foundation will aim to provide a creative and social outlet for at-risk youth in order to funnel the kids' misplaced creative energy into dance instead of gang violence, crime, and abuse. The first event organized by C.L.O.U.T. was a monthly Battle Night, held at the Los Angeles Trade-Technical College's Grand Theater. The event allowed young people from middle to high school from the Los Angeles area to compete and showcase their individual talents before an audience of their peers. Youth were encouraged to express themselves through drama, dance, song, poetry or comedy, which promoted a positive and self-affirming lifestyle for kids by developing and showcasing their diverse artistic talents.
For additional information about Tommy the Clown, go to www.tommytheclown.com