NAACP, Black Newspaper: New Virginia Baseball Team Will Not Be Named the Hambones

RICHMOND, Va. (NNPA) - Richmond's new professional baseball team could soon be called the Flying Squirrels or the Flatheads or even the Hush Puppies or Rock Hoppers or Rhinos. 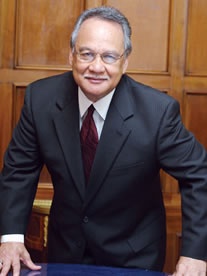 But the relocated minor league franchise that once bore the proud, straitlaced name of the Connecticut Defenders will definitely not be called the Hambones. The team's management dropped that name like a hot potato after the Free Press and the state NAACP raised concerns about the name's connections to slavery and demeaning minstrel shows. Hambone refers to a dance routine involving thigh slapping, hand clapping and foot stomping.
The Free Press played a key role in scuttling the Hambones, which the management had announced as one of the finalists in the naming contest. In an e-mail Monday to Todd Parnell, vice president and chief operating officer of the Richmond team, Free Press Editor/Publisher Raymond H. Boone expressed the hope that "your organization will recognize the inappropriateness of the names in the finalists category — all of which set the stage for Richmond becoming a continuing source of demeaning jokes and insults … (Considering its history, "Hambone" is particularly troubling.) We deserve better.
"The opportunity is to raise pride in Richmond, not sink it," Boone continued, including a copy of a Free Press editorial from the Oct. 8-10 edition that urged the team to adopt such names as the Richmond Diamonds, Richmond Gems or Richmond Rapids.
In response, the team's chief executive manager, Chuck Domino, dismissed the Free Press name suggestions as "ordinary," but thanked Boone for his "insight on the Hambones. We will certainly take that into consideration."
The state NAACP raised the pressure by publicly calling on Richmond Professional Baseball, the organization led by Domino, to drop Hambones and blasting Richmond-area elected and appointed officials for failing to speak out to oppose the use of the name.
"Hambone was done on the plantation by African captives and was used at minstrel shows to entertain White audiences. It is not appropriate to use as a name for a sports team," Salim Khalfani, state executive director, charged at a press conference held outside The Diamond ballpark on North Boulevard where the team will play its games.
"If Hambone is selected as the name, what will the team mascot or logo be?" he continued. "Would it be a caricature of a Sambo, slave, minstrel or Al Jolson in White face?"
"Mr. Mayor (Dwight C. Jones), members of City Council, Richmond Sports Backers, Venture Richmond and all other organizations that should know better are conspicuous by their silence," he stated.
Khalfani called it par for the course in a city where "the disrespect is overwhelming and outrageous," citing as an example the acceptance of a banner displayed on a downtown building that depicts President Barack Obama as the White-faced Joker character from a "Batman" movie.
The NAACP protest was the final straw. In a media statement, Richmond Professional
Baseball announced within hours that it had "removed the term Hambones from consideration" and offered "a sincere apology to those that may have been offended by our mistake" in including the name.
"The name was chosen from submissions made to the Richmond Times-Dispatch," the statement continued, "and our sole intent was to utilize the concept of Virginia Ham and its history in the region. We were honestly unaware of any negative, derogatory or offensive connotations.
"Our organization in no way intended to offend any individual or segment of society."
The team partnered with the White-owned Times-Dispatch by asking people to submit names through the daily's Web site. The newspaper has reported that the finalists were selected by Domino and the team's staff after sifting through the submissions. In his e-mail to the Free Press, Domino wrote that the three names the Free Press suggested "are not the types of names that fit our marketing scheme.
"The Diamonds, the Gems and the Rapids are, well, quite ordinary," Domino stated, noting that minor league teams in many cities "carry very crazy monikers for their teams and grow to be very proud of them."
Domino is the former president and general manager of two Pennsylvania minor league teams, the Triple-A Lehigh Valley IronPigs and the Double-A Reading Phillies.