NASHVILLE, Tenn. (AP) -- Taylor Swift says she is "absolutely walking on a cloud" over her six nominations for the American Music Awards.
"I've never been nominated six times for any award show," the country star said Tuesday before a benefit concert in Nashville. "This is just such a wonderful day for me."
Her tally, announced on Oct. 13, even beat late superstar Michael Jackson, with five nods and rapper Eminem, with four.
"It's the 13th today, and 13 is my lucky number, and that's when I found out about the AMAs. It's like, I swear, good things happen on the 13th for me, and I can't believe all those nominations."
The 19-year-old is up for the AMA's big award, artist of the year, alongside Jackson, Lady Gaga, Eminem, and rock band Kings of Leon.
"It's wonderful to be nominated in all genre categories," said Swift. "I consider it such an honor, because I live in Nashville, I sing country music, and the fact that people outside of this genre have accepted me, just makes my days more sunny, and I am so happy about it."
Her other nominations include favorite female pop and country artist, favorite adult contemporary artist and favorite pop and country album for "Fearless," which has sold three million copies. 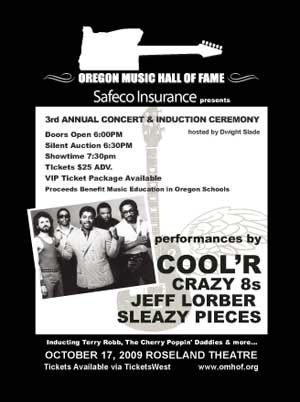 "I absolutely love the pop crossover stuff, it's really fun for me. I love hearing different takes on my music and hearing different genres and different formats listening and adding my songs. It's just something that I'm very thankful for," she said.
The nominees were selected through a combination of sales and radio airplay. American Music Award winners are determined by online fan voting and will be announced during a ceremony in Los Angeles on Nov. 22, airing on ABC.