Film Review: 'Chelsea on the Rocks'

The Chelsea Hotel, located on West 23rd Street in Manhattan, opened its doors in 1883. At the time, the 12-story structure was the tallest building in New York City, and even retained that distinction past the turn of the 20th Century. In 1905, it was converted into a residence hall catering to bohemians and aspiring artists, including musicians, writers, painters, actors, composers, filmmakers and clothing designers.
Over its lifespan, the Chelsea has served as a home for hundreds of prominent celebrities, including Mark Twain and O. Henry in its early days, and Janis Joplin, Bob Dylan and Jimi Hendrix during the rock revolution of the Sixties.
Sir Arthur C. Clarke wrote "2001: A Space Odyssey" while staying there, poet Dylan Thomas passed away there, and Sid Vicious stabbed his girlfriend to death there. Among the luminaries who launched their careers as guests of the establishment are Christo, Mapplethorpe, Joni Mitchell, Viva, Edie Sedgwick, The Grateful Dead, The Rolling Stones, Uma Thurman and Alice Cooper.
Despite this rich, if sometimes checkered, history, the Chelsea was recently sold to a real estate company which could care less about preserving the place's character. The new management is ostensibly on a mission to overhaul the legendary landmark into a streamlined, profit-oriented venture by ridding it of the colorful mavericks who have always given it so much personality.
For this reason, director Abel Ferrara decided to move into the Chelsea for six months to interview longtime residents and to shoot inside the lobby and some apartments before the place was rendered unrecognizable as a consequence of gentrification.
The result of this last hurrah is "Chelsea on the Rocks," a riveting mix of documentary and drama featuring reminiscences of some former tenants like Ethan Hawke, R. Crumb and Dennis Hopper.
Not exactly art for art's sake, more like a case of film for historic preservation's sake! 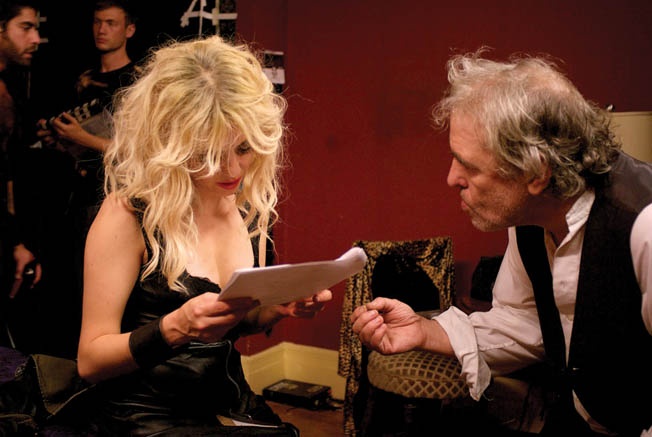