Jackson's 'This Is It' Chronicles Singer's Final Days

By The Skanner News
Published: 28 September 2009 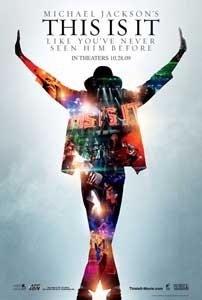 LOS ANGELES (AP) -- As dozens of buoyant Michael Jackson fans queued up in the Nokia Plaza to be among the first to see their idol's last performance, others watching the scene expressed mixed emotions.

Tim Leiweke, president of AEG, which bankrolled Jackson's "This is It" tour and is a key player in the film, recalled the moment he got the news of Jackson's death. "Well, at first it lets all the air out of you, and you sit here and you're stunned at how quickly it happened and occurred. You're in denial. You can't believe it. You're looking around, saying, 'What happened?"
Zip ahead some three months, to Thursday afternoon -- about an hour before the opening of the nearly two-and-a-half day waiting line for advance tickets to "Michael Jackson's 'This is It"' concert documentary. Leiweke reunited with musicians, singers and dancers from the tour in a press conference held in the plaza, which is directly across the street from the Staples Center, the site of Jackson's rehearsals, the last of which took place just hours before his death June 25.
"It's mixed feelings, first of all, to see these guys again, and to be in this space," noted singer Darryl Phinnessee. "You know, we finished rehearsing at quarter to midnight the night before Michael died, and he was energetic and up and doing his thing, as you'll see in the movie."
Crafted from hundred hours of rehearsal footage, "This is It" is directed by longtime Jackson collaborator Kenny Ortega, who had been working with Jackson on the concerts.
"You see the music, the studios, the rehearsals, the dancers, the auditions, the costumes," Leiweke said. "You see all of the behind-the-scenes, and then you finally see the last few days of the dress rehearsals, and you begin to see the genius of Michael: the dancing, the singing, the choreography, and his concept of creating a one-time performance that no one would ever forget."
Leiweke said the movie also will provide proof that AEG had Jackson's well-being in mind.
"I think we still are hurt," Leiweke said. "Some of the things that people have said about us, which are so untrue, this movie's going to restore his legacy, and prove that we, in fact, gave Michael a second chance here. And an opportunity to make the kind of comeback he was dreaming of. And that we created an environment for him that was probably the best environment that the guy had the last 10 or 15 years of his life. And I'm very proud of the way we treated Michael, and very proud of the partnership that we had with him. And this movie is an opportunity to celebrate that, and we could get past all of the gossip and all of the innuendo."
"This is It" is set to open in cinemas worldwide Oct. 28.

To go to our Michael Jackson Tribute Page click here