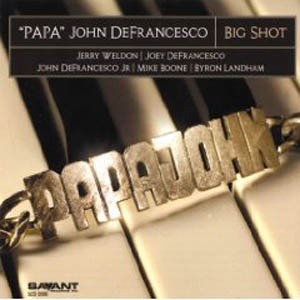 "BIG SHOT" PAPA JOHN DE FRANCESCO SAVANT * * * * *
The jazz and blues arm of the De Francesco family unites for a great romp through eight stellar tracks, with father Papa John De Francesco on organ as the leader.
Gene Ammons' classic "Red Top" is the opener and serves as an intro to both tenor saxophonist Jerry Weldon and guitarist John De Francesco Jr. Weldon swings in the mode Ammons intended and young John proves he has considerable chops.
"Too Young To Go Steady," a gorgeous ballad on its own, takes on an added luster with Joey De Francesco on piano, and Weldon articulating the message with his tenor. Papa John is in the background until his solo whereupon Joey on piano accompanies his dad. Joey gets his own solo turn before handing it off to Weldon for his closing flourish.
There's a catchy rhythmic New Orleans style Papa John composition, "Nola." It's danceable and fun. There is also a slow burning blues called "Down Home," and John Jr. is solid with the blues. All the tunes make for great air play. 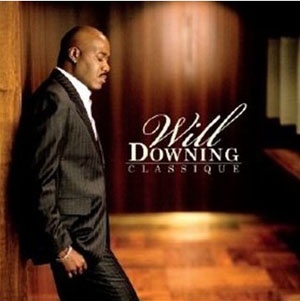 WILL DOWNING
"CLASSIQUE" WILL DOWNING PEAK * * *
The singing, writing, arranging, and producing artistry of Will Downing is on full display on this, his latest and 14th release, "Classique."
Downing blends seven of his own sensual compositions with hits from the past by Marvin Gaye, David Ruffin, Barry White and The Originals. One of his sexiest selections is "Love Suggestions" when he shares the vocal with Sherrida.
My personal favorite is "Baby I'm for Real," originally penned by Gaye for the quartet The Originals. Vocalist Phil Perry adds his trademark tenor and soaring falsetto to play against Downing's smooth baritone. 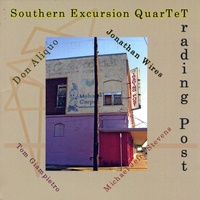 "TRADING POST" SOUTHERN EXCURSION QUARTET ARC * * * *
This release by the Southern Excursion Quartet gives us tracks of sheer beauty, others with a loose, free wheeling groove, and still others that are simply free.
I'd match the regal beauty of leader Don Aliquo's tenor or soprano saxophones work against all comers, using either the late Andrew Hill's composition, "Ashes" or Aliquo's own beautiful tune, "Longing."
It may seem strange to bring up a competition when it comes to gorgeous music. However, as one listens to Aliquo, whether he is on tenor or soprano, the mind begins to compare tone and ideas with past legends. He shares the top echelon with only a few others.
His accompanying players; pianist Michael Jefrey Stevens, bassist Jonathan Wires and drummer Tom Giampietro are excellent in their support. 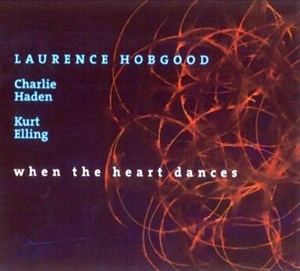 "WHEN THE HEART DANCES" LAURENCE HOBGOOD NAIM * * * * *
Laurence Hobgood, the man who has astonished world wide audiences with pianistic prowess accompanying song stylist Kurt Elling, teams with bassist Charlie Haden for this five star recording.
Although Elling is heard on three tracks, "First Song," "Stairway to the Stars," and "Daydream," it's Hobgood's show. His composition, "When the Heart Dances is a lively exercise with its own lovely melody. "Sanctuary," another Hobgood original performed solo, is an upbeat tune with occasional gospel hints.
Perhaps the prettiest instrumental is "Why Did I Choose You," performed with Haden, which sets the standard for this gorgeous ballad. Haden extracts not only the melodic theme but each and every nuance therein.
Of the three Elling tracks, my fave is "Stairway to the Stars but he is as eloquent as Elling fans would expect on all three.