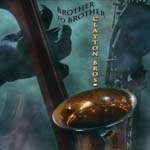 The Clayton brothers — bassist John and alto saxophonist Jeff — pay tribute to other jazz-playing brothers on this fabulous release.
The Claytons are joined on this effort by pianist Gerald Clayton, John Clayton's son, trumpeter Terrell Stafford and young drumming phenom Obed Calvaire. As a group they speak some heavy jazz.
The Jones brothers, Hank, Elvin and Thad get the first dedication, "Wild Man." That title stems from what Jeff Clayton calls Elvin's rhythmic freedom and power. Calvaire continues in Elvin's tradition forcefully behind a hard swinging Jeff Clayton solo. Stafford is no less enthusiastic blowing with laser like precision and passion.
There's no way in the world the Claytons could ignore the Adderley brothers. Therefore, "Still More Work," a play on the Adderley's "Work Song" features some boisterous call and response between the soloing horns and the rhythm section. The extremely talented Gerald Clayton who also records with trumpeter Roy Hargrove finds his own groove and turns in one of his finest solos.
The Claytons do more than just blow the roof off. They honor both the listener and pianist Monty Alexander whose brother Larry was a singer. They do this with their hymn like interpretation of "Where Is Love." It's just John Clayton, his brother Jeff and son Gerald. I doubt there has ever been a more spiritual version of this gorgeous ballad performed by anyone.
This is definitely in the top half dozen or so releases of 2008! 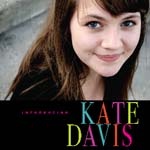 The Who's Who of Portland jazz now includes Kate Davis, the super talented, gracious teenage singer and bassist.
She opens with a hyper tempo take on "Just One of Those Things." Her voice articulates each and every word to a T despite the tempo. Tony Pacini contributes an excellent solo. Her choices of pianists reflect her excellent taste. They include Dave Frishberg, Dan Gaynor, Randy Porter and Tom Grant.
"The Old Country," one of those obscure but gold tunes comes to life with some interesting rhythmic adaptations by drummer Drew Shoals, Davis and Gaynor. It is quite refreshing.
Another tune that knocks me out is "Grey December," a haunting melody with Davis heard on violin as well as bass and singing about forgotten love. Emma Davis' flute solo is perfect for the mood cast as are cellist Boris Popodiuk and Griffin Gaffney's viola. They all combine to make this exciting. 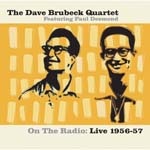 "ON THE RADIO LIVE 1956-57"
DAVE BRUBECK QUARTET
ACROBAT
* * * * *
Back in the day (1956-57), Dave Brubeck made these live radio broadcast recordings in two of the nations top jazz clubs, Basin Street and the Chicago Blue Note.
This was during the time when one of the tunes, "The Trolley Song," became a national hit due in the main to Brubeck's recording. The ultra clear tone of Paul Desmond's alto saxophone has its distinct voice throughout. He is particularly poignant on "Gone With The Wind."
The first 12 cuts have Brubeck with bassist Norman Bates, drummer Joe Dodge and Desmond. On the Blue Note tracks, Joe Morello replaces Dodge. This is excellent music performed by one of America's all time favorite musicians.