"THE ART AND SOUL OF HOUSTON PERSON"
HIGHNOTE
* * * * *
Whether you're happy or sad, this music by tenor saxophonist Houston Person will seep into your soul, lift any sadness and enhance any happiness.
That's what music can do, and which Houston Person does extremely well on three discs containing mostly mellow ballads which have stood the test of time. One of the reasons he is able to get all inside a melody, is that Person knows the lyrics to all the songs he plays. That also goes a long way in his acknowledgement as a master accompanist for singers. There are no singers here however. Just great musicians like pianists John Di Martino, Richard Wyands, Bill Charlap and Stan Hope.
We also get to hear guitarists Russell Malone and Paul Bollenback, drummers Kenny Washington, Grady Tate, Jerome Jennings and Chip White. Jon Burr, Peter Washington, Ray Drummond, George Kaye and Per-Ola Gadd share the bass duties.
It almost seems every pretty song ever written in the past 50 years or so gets Person's personal tribute. His treatment stems from Person's commitment to the grand tradition as set forth by predecessors like Illinois Jacquet, Gene Ammons and Paul Quinichette. Person personally chose the 30 songs on the three discs, and as your ears move along from track to track and disc to disc, don't worry about Person fatigue. He never tires your ears.
His tone has been honed through decades of playing these tunes. Rich, warm and full best describe it as he moves through such classics as "Everything I Have Is Yours," "But Beautiful," " Fools Rush In," "I Only Have Eyes For You," "Skylark," "Tenderly," "Where Are You," and so many, many more.
This is not only a library of Houston Person's best, it is a melodic testament to saxophone ballad performance.

This is a two CD set containing a total of 26 tunes from 1946, some of the earliest days of bebop.
The Gillespie band was the second big bebop band to gain prominence. Billy Eckstine's band had given up the ghost because of the expense in operating it and in fact gave Gillespie some stage equipment for his band.
Gillespie certainly had an eye for talent. Ray Brown is the bassist. Thelonious Monk is on piano, Kenny Clark is the drummer and James Moody is the lead alto saxophonist. Oh yes, Milt Jackson is playing vibes.
Today's big bands are still trying to master charts this band performs with ease. Jackson takes the lead on "The Man I Love." Tunes like "Cool Breeze," "Round Midnight," "One Bass Hit," "I Waited For You," "Things to Come," and "Groovin' High" provide ample reasons to own this collector's prize.
One more thing! There is an intermission during which Sarah Vaughan sings "Don't Blame Me" backed by tenor Eddie "Lockjaw" Davis and an unnamed trio. 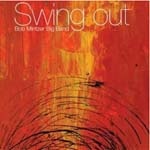 "SWING OUT"
BOB MINTZER BIG BAND
MCG
* *
One thing I noticed right away is that these arrangements hardly ever hit the swing groove right from the "git."
The highlight of the CD is "Minuano" with a luscious vocal by the one and only Kurt Elling. The rest of the music sounds like any college lab band playing pedestrian arrangements. It's difficult to say this about Mintzer's work, because I've been a fan of his previous efforts, and his solos are their usually fine work.

Dick Bogle can be reached at r.bogle@comcast.net.