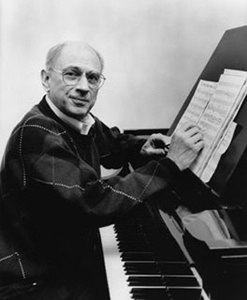 One of Portland's most honored jazz pianists, Dave Frishberg, will lead an all star group to kick off the Jazz at Newport Jazz Festival, Thursday night, Sept. 4.
Frishberg began his career in New York, and during the 1960s, he worked with legendary musicians including Ben Webster, Al Cohn, Zoot Sims, Gene Krupa and Carmen McRae.  He will lead a group comprised of bassist Tom Wakeling, drummer Gary Hobbs, saxophonist Ken Peplowski and jazz super star tenor saxophonist Houston Person.
Person has recorded over 75 albums on the Prestige, Westbound, Savoy, Mercury, Muse and Highnote labels.  He has appeared as guest artist on recordings made by Etta Jones, Lena Horne, Lou Rawls, Dakota Staton, Charles Earland and Horace Silver. 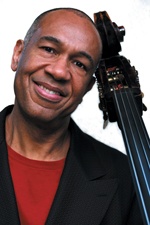 The hard-swinging Clayton Brothers Quintet led by bassist John will appear Friday night.  That band will feature brother Jeff on alto, son Gerald on piano, trumpeter Terrell Stafford and drummer Obed Calvaire.
In addition there will be many other familiar names including Kevin Mahogany, Atsuka Hashimoto, Marc Seales, Jeff Hamilton, Stan Bock, Dee Daniels and Mimi Fox.  There will be plenty of mixing and matching the players in various groups.
The festival takes place indoors at the Performing Arts Center in Newport and runs from Sept. 4 to 7.

"EARFOOD"
ROY HARGROVE
GROOVIN HIGH
* * * * *
A lot can be said about the pluses of working your  band.  The musicians get to really know each other on and off the stage.
Trumpeter Roy Hargrove gathers about him solid cats like pianist Gerald Clayton, son of bassist John Clayton; saxophonist Justin Robinson, who began with the Harper Brothers years ago; bassist Danton Boller and drummer Montez Coleman, who wows audiences wherever they are heard.
This CD, by one of the world's finest young trumpet players, is bound to draw lots of consideration for album of the year because of its excellent mix of tempos and textures.  There is more than just a hint of gospel in the opener, "I'm Not So Sure."  Hargrove and Robinson do some nice unison work in addition to a major contribution from Clayton.
"Starmaker" has a pretty melodic line with Hargrove on flugelhorn and together with Robinson's alto they work magic. Hargrove casts a mellow love spell, again on flugelhorn, as he takes over "Speak Low" for the only solo.  It is a masterpiece and so is the entire CD.

"SPIRIT OF NEW ORLEANS"
LIZ MCCOMB
GVE
* * * * *
"Straight out of Church" is how jazz reviewers  describe gospel inspired music by some jazz and funk musicians and singers.
This release by contralto Liz McComb is the sound of Sunday morning church, undiluted and sung with a heavenly inspired fervor.
McComb is accompanied by some of New Orleans' most proficient sidemen and on the first cut, "Over My Head," Eric Brown and the Charity Choir.
On "Ain't No Grave," you can hear some Thelonious Monkisms as McComb accompanies herself.  These are only two of the 12 tracks on this gospel recording, which is as good as it gets.
Reach Dick Bogle at [email protected].