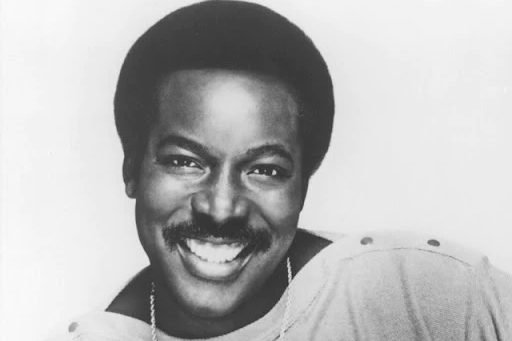 Wilson Pickett was born March 18, 1941 in Prattville, Alabama, the fourth of 11 children, WilsonPickett.com reports. He grew up to be one of the most prolific r&b/rock & roll singers of our time and is considered one of the founding fathers of soul music. Over the course of his career, he landed more than 50 songs on the Billboard charts and was inducted into Rock and Roll Hall of Fame.

Depending on which generation you grew up in, your introduction to Pickett and his music may differ from the next person, but one thing’s for certain, every one of his songs was a hit! For us younger folk, Pickett’s music is quite nostalgic, and we heard it most on the weekends when the older folks put us to work cleaning the house. In honor of his work, we think there is no better way to pay homage than to introduce a newer generation to that same cultural tradition, music discovery through weekend cleaning. To help you out, here is a roundup of hit songs by Wilson Pickett that are perfect for your Sunday cleaning playlist, courtesy of Classic Rock History.com:

Released in 1971 on the Don’t Knock My Love album, this smash was a huge hit for Pickett. The song hit number one on the 1971 Billboard Best Selling Soul Singles Chart. It was later covered in a duet by artists Marvin Gaye and Diana Ross.

A sultry groove for your weekend cleaning, this song is a bop. The horns are the chef’s kiss, and the melody will take you back to a special place in time that no longer exists. Written by the late, great Bobby Womack, this Pickett classic also was a top 10 hit on the Billboard R&B Charts in 1968.

They actually just don’t make music like this anymore! This jam was released on The Exciting Wilson Pickett album in 1966. It broke the Billboard Top 20, peaking at number 13, and hit number one on the U.S. Billboard R&B charts. The tune was written by Eddie Floyd and Steve Cropper. Go ahead and get your two step on!

This too broke through the Billboard Top 100 and hit number 2 on the R&B charts. But this song is specifically important to us because it was a staple in our grandparents' house growing up. If you never heard your grandfather play this song, did you ever really live? Somebody get some Pine-Sol and a good scrubbing brush because it’s not Sunday cleaning until this comes on!

Now this one may produce more dancing than cleaning, but it works all the same. It truly embodies that era of funk music and earned Pickett another number one hit on the Billboard charts in 1967. A must-have on any cleaning playlist!

Everybody Needs Somebody to Love

If you’re a music head like us, you’ve heard this particular musical classic in a number of breakdowns and popular movies. The song was written by Jerry Wexler Bert Berns and soul singer Solomon Burke. It was featured in the Blues Brothers movie and was the follow up hit for Pickett’s hit song “Mustang Sally.”

The song was initially released in 1965, re-released in 1966 by Pickett, the latter version becoming one of Pickett’s most notable songs ever. It was released on The Wicked Pickett album and while it only charted at number 23 on the Billboard Hot 100 in 1966, its legacy has far outpaced its early fanfare. A classic that can never be replaced.

In the Midnight Hour

One of our absolute favorites, this song just never gets old, no matter how much you play it. It was Pickett’s first-ever #1 record when it topped the Billboard R&B Charts in 1967, and it remains just as popular now as it was then. Put this one on, and you’ll have the whole house cleaned in no time!

This remains Pickett’s highest charting song ever, breaking the 1966 Billboard Hot 100 at number 6. The classic “Na, na, na, na, na,” breakdown became iconic, and we just can’t get it out of a loop in our heads. No oldie but goodie playlist is complete without this staple. Throw it on there twice for good measure!