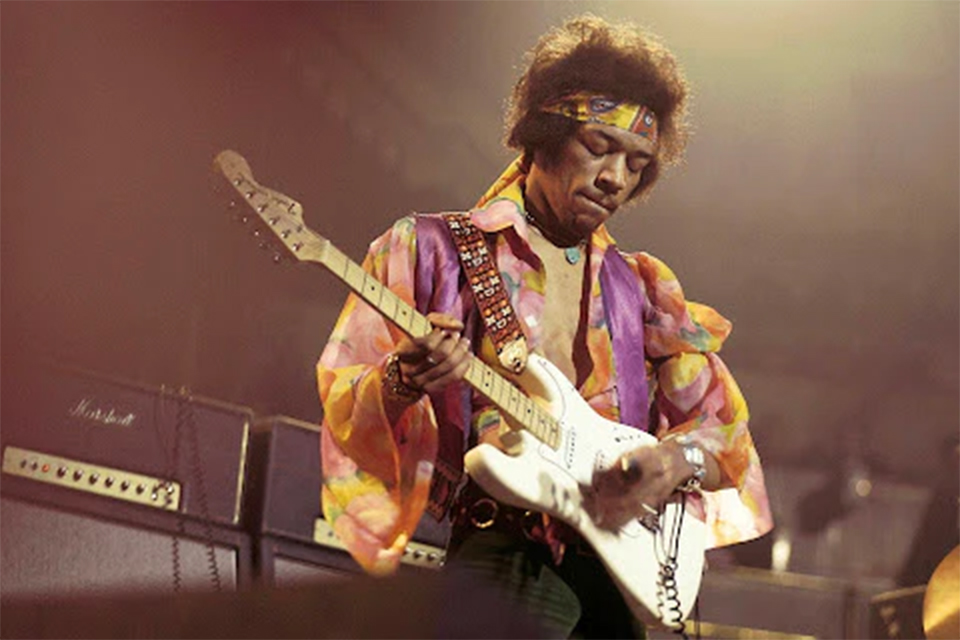 He would’ve been celebrating his 80th birthday this month!

Jimi Hendrix is best known as a somewhat ethereal musician. A pioneer of the electric guitar, Hendrix was a self-taught musician whose skill and mastery created a new form of music. His meteoric rise to superstardom was swift. He not only drew inspiration from a host of musicians but also influenced and continues to influence generations to come. A certified rock ‘n’ roll icon, Hendrix continues to live on, and we’re sure he’ll be celebrated for many more moons to come. To learn more about the legend, here are 6 things you never knew about Jimi Hendrix:

He's a native of Seattle, Washington

He was born Johnny Allen Hendrix on November 27, 1942 in Seattle, Washington, Biography.com reports. His mother Lucille was 17 when she gave birth to Hendrix. His father later changed his name to James Marshall, and the couple eventually had two more children, sons Leon and Joseph. The relationship was tumultuous, and Hendrix’s parents split when he was still young. He only saw his mother occasionally before her death in 1958, Hendrix often being cared for by friends and family.

When he was 16 years old, his father purchased him his first acoustic guitar and his first electric guitar, a Supro Ozark for right-handed players that required lefties to flip upside down to play. Hendrix found solace in music, taking to the blues and rock ‘n’ roll. His father taught him to play and Hendrix soon joined a band, the Rocking Kings. He dropped out of high school in 1959 to pursue a career as a musician.

He served in the U.S. Army

In 1961, he left home to enlist in the United States Army, just as his father had done. He trained as a paratrooper and was stationed for a time at Fort Campbell, Kentucky. While there, he formed The King Casuals band with bass player Billy Cox. He served in the Army until 1962 after he was honorably discharged as a result of an injury he sustained during a parachute jump.

The veteran then began working as a session guitarist under the name Jimmy James, playing background for a number of headline performers, including Little Richard, B.B. King, Sam Cooke, Ike and Tina Turner, and The Isley Brothers. In 1965, he branched out on his own, forming Jimmy James and the Blue Flames, making a name for himself playing in New York’s Greenwich Village.

While playing in New York, he formed a partnership with bass player Chas Chandler, who eventually became his manager and had Hendrix move to London to form a new band. Hendrix made a name for himself abroad, with Chandler changing his name to “Jimi” and creating the Jimi Hendrix Experience in 1966. The band’s singles found huge success on the UK charts, many of them peaking in the top 10.

Singles like “Hey Joe,” “Purple Haze,” “Foxey Lady,” and “The Wind Cries Mary,” found success with fans. His “Are You Experienced” album remains one of the most praised rock albums of all time.

With his newfound success, Hendrix eventually returned to the states to create roots. While he found great success in Britain, he still had a home in New York, building the Electric Lady Studios in Greenwich Village. Today, the studio is still open and operable.

He's one of the most influential musicians of the 20th century

“Widely recognized as one of the most creative and influential musicians of the 20th century, Jimi Hendrix pioneered the explosive possibilities of the electric guitar. Hendrix’s innovative style of combining fuzz, feedback, and controlled distortion created a new musical form. Because he was unable to read or write music, it is nothing short of remarkable that Jimi Hendrix’s meteoric rise in the music took place in just four short years. His musical language continues to influence a host of modern musicians,” a statement on the website reads.

Hendrix was only 27 years old when he passed away.

On September 18, 1970, Hendrix passed away in London from drug-related issues. He was only 27 years old.

In 2019, his hometown of Seattle honored him by renaming the former Renton Highlands Post Office to the James Marshall “Jimi” Hendrix Post Office. The post office is located within a mile of the Jimi Hendrix Memorial where the pioneering musician is buried. Washington State Rep. Adam Smith sponsored the bill to rename the post office, speaking of Hendrix’s legacy during the bill signing.

"I am honored to join in paying tribute to rock and roll icon and Seattle native Jimi Hendrix with the renaming of the Renton Highlands Post Office as the James Marshall ‘Jimi’ Hendrix Post Office Building. This designation will further celebrate Hendrix's deep connection to the Puget Sound region and help ensure that his creative legacy will be remembered by our community and inspire future generations," Smith said in a statement.