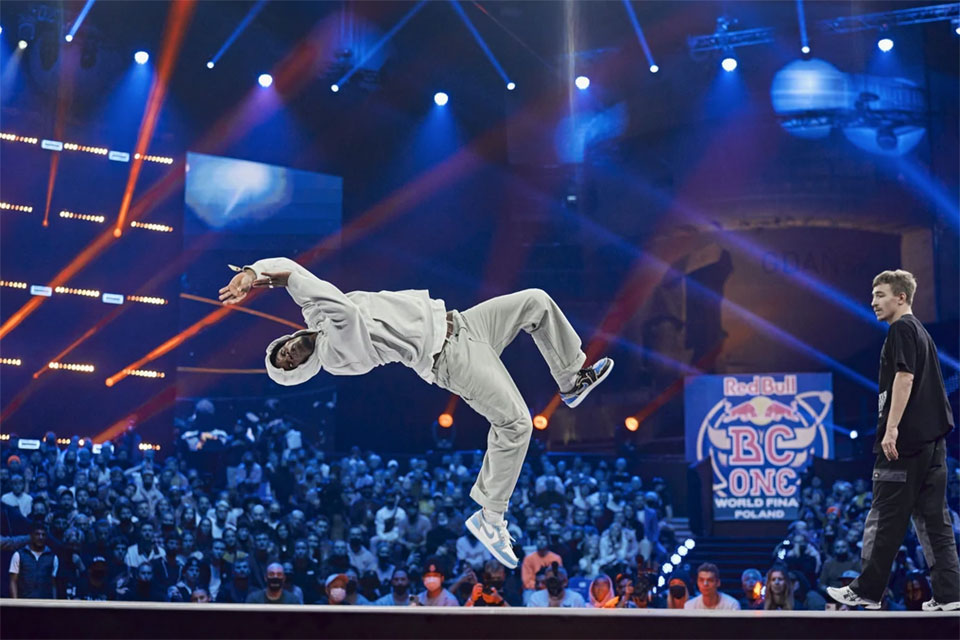 Black people are cultural innovators. Since we stepped foot on American soil in 1619, we've influenced society here and worldwide. Breaking, one of the key elements of hip-hop, was started by African-American and Puerto Rican teens in the Bronx almost fifty years ago. Now, people in places like Venezuela, Japan, and Ukraine are practicing their footwork. However, Black people are still paying homage to the dance's origins, showing out at battles, and teaching the next generation of B-Boys and B-Girls.

The birth of breaking

During the summer of 1973, Jamaican-born Clive Campbell, known as DJ Kool Herc, introduced a new sound to the Bronx. He used two turntables to play two records and draw out the "breakbeat" of the song, according to The New York Times. This new style of music inspired partygoers to create a novel dance, breaking. Breaking incorporated African dance, capoeira, and African-American dance styles to the hip-hop beat. Then the Mighty Zulu Kings, the legendary breaking crew, was founded by Afrika Bambaataa to help the youth in the city use their energy for something positive.

"At the outset of the 1970s, with the city of New York deep in financial crisis, the Bronx was the scene of violent conflict between rival gangs. In 1971, however, the South Bronx gangs came together to sign a truce. Afrika Bambaataa, a young warlord from the Black Spade gang, emerged as a peacemaker," anthropologist Martin Lamotte wrote in his essay Rebels Without a Pause: Hip-hop and Resistance in the City. "In 1975, he created his own organization, the Universal Zulu Nation, which brought together the four components of hip‐hop culture (DJing, MCing, Bboying, and Graffiti)."

The Zulu Kings became a force to be reckoned with in breaking circles, helping to usher in the new cultural phenomenon - hip-hop.

As the popularity of breaking grew, so did the innovations of the artform. B-Boys and B-Girls began adding acrobatics and power moves to their sets, creating a straightforward floor routine with a beginning, middle, and end.

Then, The Rock Steady Crew was founded by Jimmy Lee, Easy Mike, Jo Jo, Jimmy D, and Crazy Legs; took breaking mainstream staring in movies like Beat Street. The dance, which evolved on the street from headspins and backspins to intricate power moves, was now performed for presidents and royalty. Breaking was an international sensation. It looked cool and young people worldwide resonated with the struggles of youth in New York City.

Back in November, Because of Them, We Can traveled to Gdansk, Poland, to watch Red Bull BC One; it is one of the most prestigious one-on-one breaking competitions in the world. There, we spoke with Black breakers from across the diaspora on how they're securing their names in the chronicles of hip-hop history. 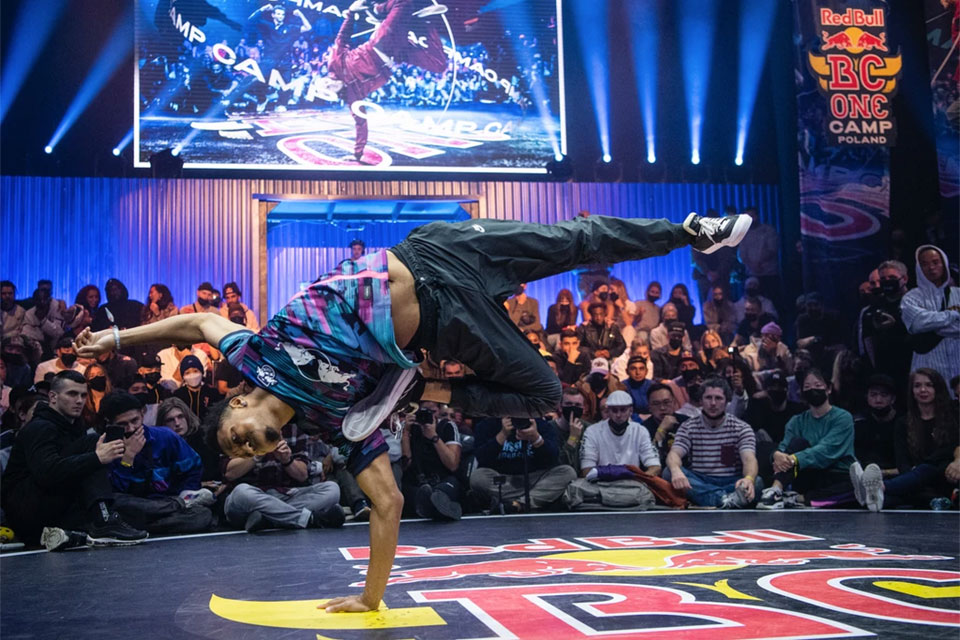 Morris Isby III is a 37-year-old Sacramento B-Boy who's been breaking for more than two decades. The Rock Force Crew member started out as a bank teller to fund his passion for dance, eventually quitting in 2008 to focus on his craft full-time. Since then, he's performed in movies like "Step Up 3" and "Battle Of The Year" and has been victorious in more than 120 competitions. He is currently training for the 2024 Summer Olympics in Paris and creating opportunities for the next generation of breakers.

"I realized when I [began breaking] in 1999 that there was a lack of Black B-Boy representation in the USA specifically. I knew that after I learned the ropes, I wanted to inspire the people in our culture," Isby told Because of Them, We Can. "There are more [Black breakers] on a higher platform which is great. I'm trying to make sure to keep that going. I'm making sure we're all on the same page, working together, and getting our history out there."

As an advocate and teacher for B-Boys and B-Girls, the veteran said he feels it's essential to be active in the breaking community after his battling days are over.

"[If the Olympics] go well, it will go to LA in 2028. I want to make sure that happens; I can't just say I'm out of it. I want to make sure the next generation to have opportunities…to live good lives," Isby said. "That's what hip-hop is supposed to be, bringing people together and making sure we're collaborating to build something [positive]."

Courtnaé Paul is a multi-hyphenate B-Girl from Johannesburg making history in the dance world. She is the first woman to win the Breaking For Gold South Africa Championship and the first African B-Girl to represent the continent at Red Bull BC One world finals. The 29-year-old began dancing at 10 years old after joining a church dance team on a whim. By 15, she landed her first professional job for a television show, which led to her breaking.

As Paul tears down walls in the South African breaking community, she's using her platform to create a sustainable B-Girl culture. The DJ and chorographer is currently mentoring about two dozen up-and-coming South African B-Girls via WhatsApp - a resource she's never had. She told Because of Them, We Can she wants to leave a legacy that will empower young girls to go for what they want and not allow people to limit their choices.

"Whatever it is you want to go out and do that thing,” Paul said. “This is a dream of mine. This is a priority of mine. And even though [someone thinks] it's not something that should be for me. I'm going to do it anyway. And I think that's super important." 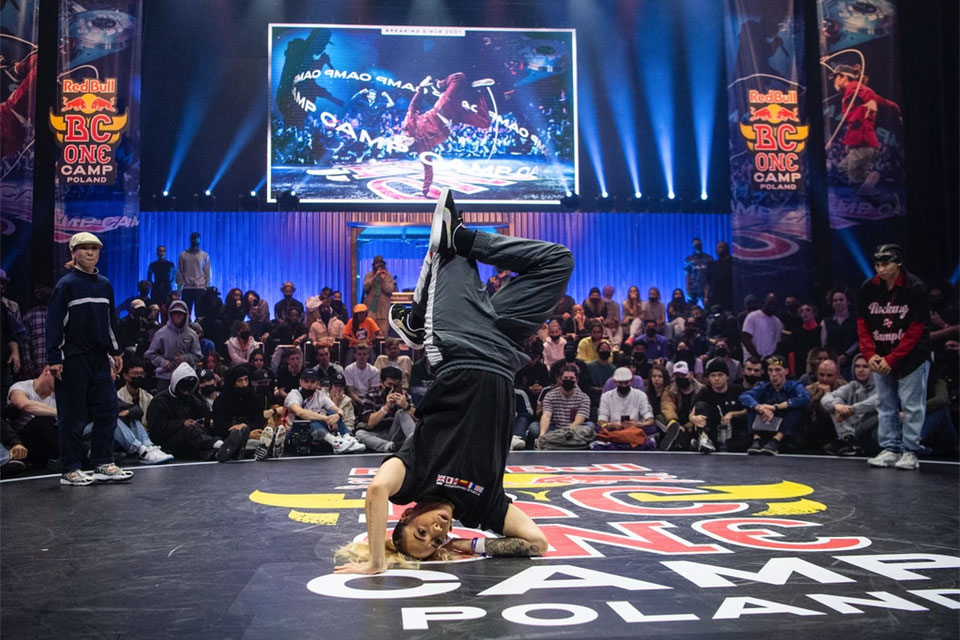 Gambian-Danish B-Boy Rico Coker was 10-years-old when his best friend brought him to a breaking studio. It was love at first freeze. Once he joined, his teachers gave him hours of battle archive footage dating back to the 1980s to watch. They served as a history lesson and training manual, which gave him a stronger connection to the sport. The 29-year-old dancer has now spent nearly two decades wowing crowds with his style and musicality in battles.

He credits the lessons he's learned from his Gambian culture for his success.

"I have a personal link to breaking [from my culture.] We have this ritual in the Gambia called the Kankurang; it's a path to manhood. You wear a costume [and go from city to city dancing] for days. That constant dance of joy even though it's hard, it's joyful, Coker told Because of Them, We Can. "[I didn’t get a chance to do it, but] I have that kind of mindset when I am battling. I pull strength from that because this may be hard, but I need to enjoy it so I can go hard for longer."

For now, The Ruggeds crew member has set his sights on the 2024 Olympics. He hopes in the future to have a space where he can bring together people of all backgrounds to learn how to break. When asked what he'd say to young Black people interested in the dance, Coker said to be patient, always strive to grow as a person, and don't let stigmas stop you.

"Don't try to progress ahead of what you should. It might seem long. It might suck sometimes, but it's super necessary [the timing is essential,]” Coker said. "Just do it. Don't let anybody put any label on you. [Black people] can be exactly whatever, whenever, in any form or shape. You wanna break, we are a couple out here, and we need you."

You all are carrying the torch and keeping the culture alive!