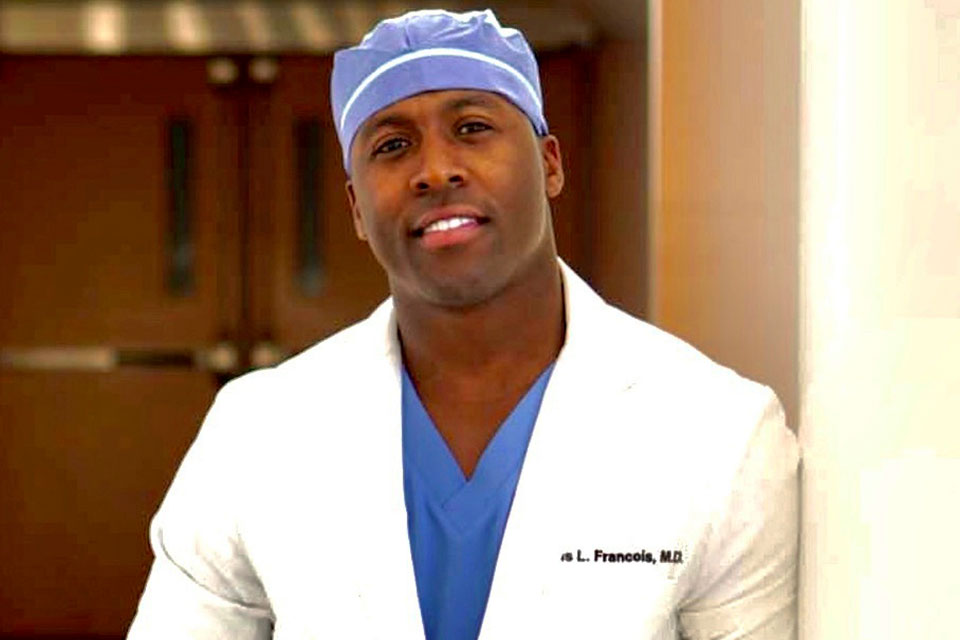 NEW YORK (AP) — Elvis Francois, the orthopedic surgery resident who has gone viral with his top-notch live performances at hospitals, knew from adolescence he wanted to help heal the world through medicine.

But through music? Not so much.

Two years after becoming an unlikely singing sensation, the 34-year-old doctor with a golden voice is releasing his first-ever EP on Friday and all the proceeds will be donated to The Center of Disaster Philanthropy COVID-19 Response Fund.

"It's been such a unique time in all of our lives. I'm just honored to be able to share a bit of music with people, especially during these trying times," Francois said in an interview with The Associated Press on Wednesday.

"What we do as surgeons, what we do as physicians goes a very long way, but music moves people in a way that medicine can't." 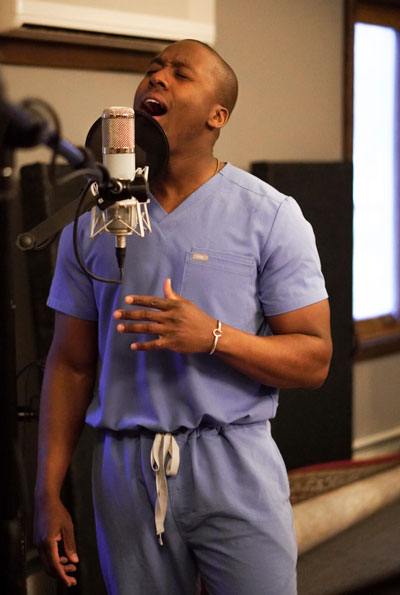 Dr. Elvis Francois, an orthopedic surgery resident at the Mayo Clinic, records a song at Carpet booth studio in SE Rochester, Minn. Francois has gone viral thanks to his top-notch musical performances at hospitals. On Friday he will independently release "Music Is Medicine," which was recorded alongside pianist and fellow resident Dr. William Robinson. All of the proceeds will be donated to The Center of Disaster Philanthropy COVID-19 Response Fund. (Evan Schlee via AP)Francois has appeared on "The Ellen DeGeneres Show," CNN, "Good Morning America" and more programs after becoming popular for singing booming covers of John Lennon's "Imagine" and Bill Withers' "Lean On Me," but just weeks ago he got a call from two executives from the Nashville-based Big Machine Label Group, asking how they could help him spread his message of hope and joy through music.

Jake Basden and Allison Jones pulled their resources together, helping Francois get into a recording studio to record the four-song EP called "Music Is Medicine," which is being independently released on the newly formed Doctor Elvis Records. Fellow resident William Robinson, who usually accompanies Francois on piano during his performances, joined in for the recording sessions of "Imagine," "Lean on Me," Andra Day's "Rise Up" and Mike Yung's "Alright."

"It's just been a group of people trying to use music to help people," Francois said of all the help he's received to make the EP. "I think that's probably the most special thing about it."

Francois also knew the EP could be a good way to help raise funds to fight the spreading coronavirus and honor the health care workers on the frontlines.

A dedication to medicine

Francois, who is in his last year of residency at the Mayo Clinic in Rochester, Minnesota, began singing in high school and in church but he never took it seriously. Medicine, however, was always on his mind.

He grew up in Miami and New York and said trips to Haiti, where his family is from, really helped him find his life goal.

"I just always remember seeing long lines of people and how grateful they were to get Tylenol for free, or how grateful they were being able to just literally speak to a doctor and get their advice," he recalled. "Since then, maybe when I was like 7 or 8, I've always looked at that as being something that I'd want to give the rest of my life to."

But singing has helped him to connect to patients, and fans around the world, in a different way. He remembers going viral after posting a cover of "Imagine," surprised that people outside of the U.S. saw and enjoyed the clip.

"My dad got a phone call from a relative in France who came across the video and that's when I was like, 'Oh wow!' It hadn't even been 24 hours," he recalled. "I'll get messages from nurses in Italy or messages from other residents and other health care providers or patients ... A little bit of good can literally cross oceans and move people across the world."

Once Francois finishes his residency, he's heading to Beth Israel Deaconess Medical Center in Boston, the teaching hospital of Harvard Medical School, to complete a fellowship in spine surgery.

Still, it feels surreal that he will have an album out on digital platforms next to releases from pop, rap and rock stars.

"Spotify, iTunes, Amazon? That's just crazy. Literally if you asked me a month ago, I would probably laugh at you. Like, I've never even recorded a song," Francois said.

"I've had to pinch myself, 'Is this actually real?' Seeing it all come together, it just feels like a dream," he added. "I think the coolest thing about it is it's a dream where we are all able to give our small parts to make the world better."