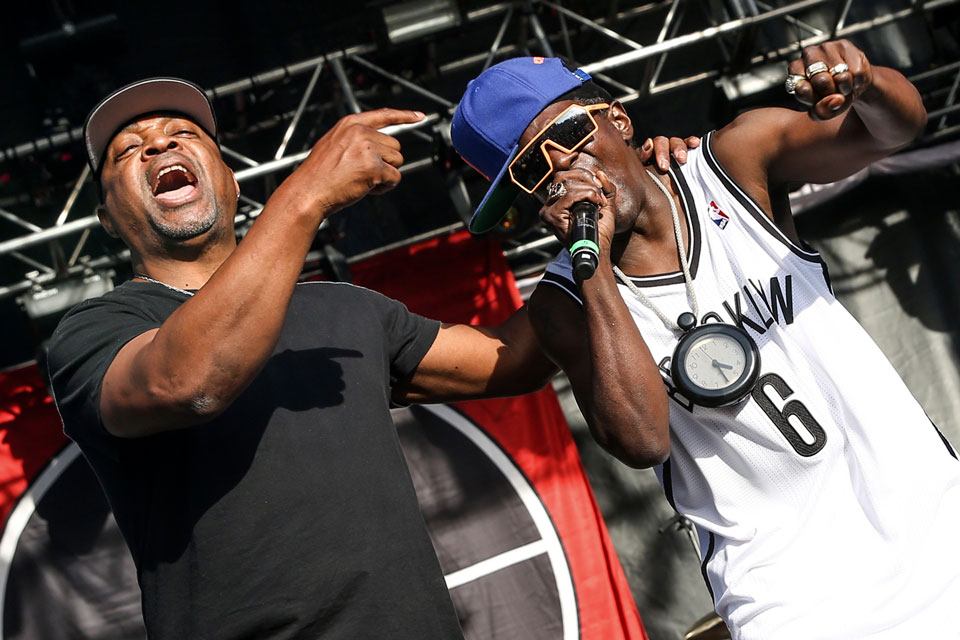 Public Enemy "will be moving forward without Flavor Flav," the band said in a brief statement Sunday. "We thank him for his years of service and wish him well."

The dispute kicked off when Flavor Flav and his attorney sent a cease-and-desist letter to Sanders' campaign on Friday, arguing that a Sunday concert and campaign rally in Los Angeles by Public Enemy Radio had used Flavor Flav's "unauthorized likeness, image, and trademarked clock."

"While Chuck is certainly free to express his political view as he sees fit — his voice alone does not speak for Public Enemy," the letter states. "There is no Public Enemy without Flavor Flav."

In the band's statement, the group said Public Enemy Radio — a Chuck D-led offshoot featuring DJ Lord, Jahi, and the S1Ws — would continue to perform and will release an album in April.

... last final note the last final note was my last straw was long ago. It’s not about BERNIE with Flav... he don’t know the difference between BarrySanders or BernieSanders he don’t know either. FLAV refused to support @Sankofa after @harrybelafonte inducted us. He don’t do that pic.twitter.com/5Ky9dTnzmd

Chuck D over the weekend wrote on Twitter that his dispute with Flavor Flav stretched deep into the past and "my last straw was long ago."