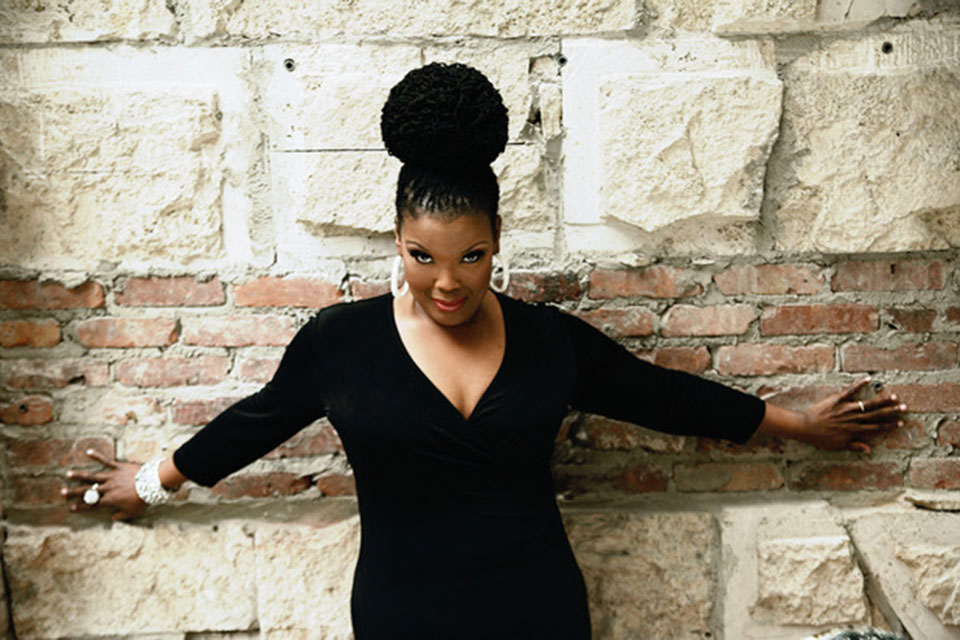 Internationally renowned soprano Angela Brown has debuted at the Metropolitan Opera and earned the title of “diva” in the most complimentary sense. But she wants to make sure that opera isn’t leaving behind anyone who could benefit from it.

“‘Opera from a Sistah’s Point of View’ is my way of giving back and helping people to see that they too can do this,” Brown told The Skanner. “There’s someone out there that’s singing classical music that looks like them.”

Her accessible, at times irreverent, one-woman show functions as an autobiographical ode to the genre that she feels found her. Brown grew up singing in church and believing she was destined for a career in musical theater. Mentors along the way thought differently, with one naming her a “Verdian soprano,” and a unique career was born.

But even the life of an in-demand opera star has its downtime, and Brown decided to fill in the gaps in her schedule with what she first envisioned as “a little small program I was going to do to fill in the blanks when I wasn't singing.”

“My first thought was that I would like to do something educational for kids, for under-served communities,” Brown told The Skanner. “At the same time, I was traveling the world and singing to all these audiences where I would see very few people that looked like me.

"I wanted to ‘edu-tain’ my people.

"But I found out as I started doing the show, White folks don’t like opera either. It’s about being exposed and given the opportunity to like something. And when cultural events like opera or symphony or ballet or anything culturally minded toward the arts are taken out of the school, or the opportunities aren’t here because they're so cost-prohibitive, it doesn't give you much of a choice.”

Her 40-minute program was designed to bring joy both to younger audiences and to herself.

“I chose arias that I love to sing, and that have interesting plots,” Brown said, like Lauretta’s from Puccini’s comic opera ‘Gianni Schicchi,’ where a young girl confronts her father about how she is in love and almost terminally desperate to get married. The drama resonates with school-aged kids, Brown points out. She also brings Wagner into the mix, singing Elisabeth’s aria among the ruins from ‘Tannhäuser.’ But Brown also mixes genres, performing both operatic and more pop-styled versions of “Summertime” from ‘Porgy & Bess,’ and wrapping the program up with “He’s Got the Whole World in His Hands.”

The program rejects popular myths about the art form being stuffy and elitist, she said.

“No, you can find yourself in opera,” Brown said.

“Opera originally was not written for the elite, it started out as a commoner’s art form. Then it was to the elite.”

Schools, opera companies and symphonies have come calling for repeat performances as part of their educational outreach records, and thanks to Portland SummerFest’s Opera in the Park, a total of 1,000 Roosevelt and Franklin high school students will be attending two high school assemblies Brown has scheduled.

In a press release, the nonprofit Portland SummerFest said the program is presented “in acknowledgment both that exposure to classical music by racial minorities had not been equitable, and decreases in school funding have led to reduced arts and music programming in the schools.”

Brown returns after performing the role of Tosca for the organization’s 2018 program.

“We got excited about doing more than sponsoring an opera once a year in Washington Park,” Portland SummerFest board member Sharon Buckmaster told The Skanner. “It’s in line with our mission of helping people, all people, to understand that opera is for everyone, it’s not just something for old White people.”

Her own “40-year love affair” with the medium began on her morning drive to work in Chicago. As she explained, a local radio host went on a week-long kick of playing a recording of what is popularly known as Bizet's "The Pearl Fishers' Duet." She recalls pulling her car over to give the music her full attention.

That is exactly the effect Brown enjoys having on young, often unsuspecting, audiences.

“When I go sing for these babies, their eyes are big because of the sounds that are coming out of my mouth and body,” Brown said. “There’s a lot of wonderment, a lot of questions.”