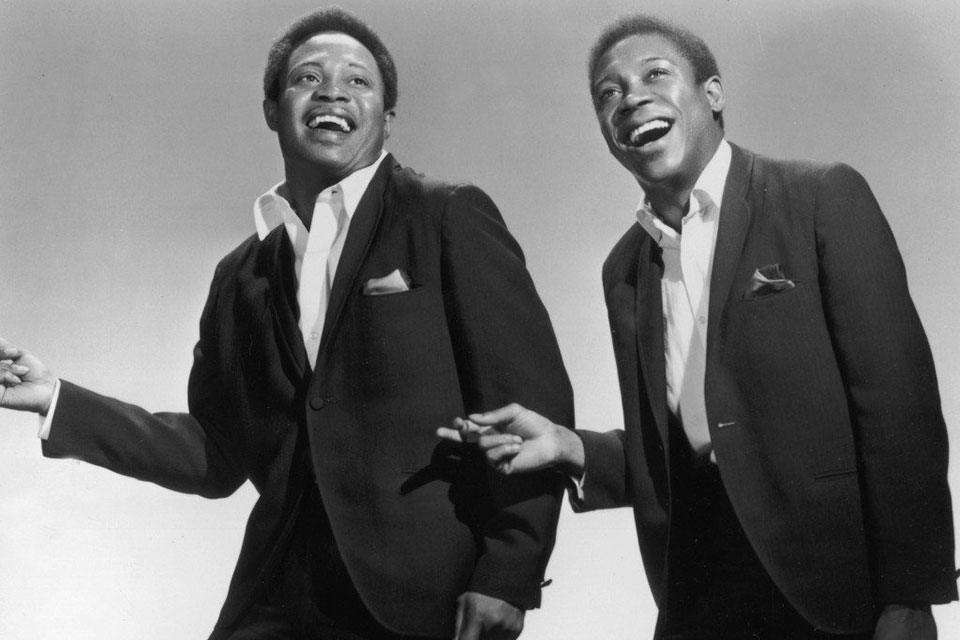 Librarian of Congress Carla Hayden today named these and 20 other recordings as aural treasures worthy of preservation because of their cultural, historic and aesthetic importance to the nation’s recorded sound heritage.

Isaac Hayes, the song’s creator, found the inspiration for the song that’s become an anthem in the turmoil of the civil rights movement of the 1960s. In July 1967, watching a television newscast of the aftermath of the 12th Street riot in Detroit, Michigan, Hayes noted that black residents had marked buildings that had not been destroyed during the riots – mostly African-American owned and operated institutions – with the word "soul".

Relating this occurrence to the biblical story of the Passover, in Hayes's words, of "a story about one's struggle to rise above his present conditions. It's almost a tune kind of like boasting, 'I'm a soul man.' It's a pride thing." Hayes said, “... the word ‘soul,’ it was a galvanizing kind of thing for African-Americans, and it had an effect of unity, it was said with a lot of pride.”

The result was “Soul Man,” a danceable declaration of Black Pride.

The dynamic vocal duo of Sam & Dave (Sam Moore and David Prater) recorded it with Hayes and Porter producing, backed by Stax Records regulars Booker T. and the M.G.'s and the Mar-Keys' horns.

“When I recorded ‘Soul Man,’ I had no idea it would become an anthem and such a significant part of American culture,” said Moore, who was the distinctive lead voice of the duo with Dave Prater. “I’ve learned that when I first sang ‘Soul Man,’ it was the first time that those words had ever been used together in the English language, to which I can only say ‘wow’!"

"I also must say I am so appreciative and grateful to Carla Hayden and the selection committee for believing in Dave and myself and thinking we're worthy of such recognition," said Sam.

“The only thing that would make this even more spectacular is if all of the 525 recordings and all of the sound recordings for that matter by the artist(s) who recorded them were receiving compensation for the airplay on terrestrial broadcast (AM/FM) radio. We’ve been fighting that battle in Congress to get a bill passed since the '90s,” Sam continued. “I don’t believe the public knows that the writers and the publishers of the songs that are considered classic iconic recordings like our “Soul Man” get paid, but we the artists and the musicians don’t see a penny. As bad or worse, we can’t collect the millions and millions of dollars from around the world annually because there’s no reciprocity.”

During the recording of the song, the session was running long and writer-producer Hayes had a very specific attack for that famous guitar lick that Steve Cropper was executing. Over and over, Hayes tried to make it perfect and at one point in frustration he said, "hey man stretch it out – pull them strings make it sound like Elmo James just cut it."

There was no multi-track recording then, so it required considerable effort to get that just right and the session players were a bit frustrated coming out of the bridge, then Hayes yelled "there’s a gap – say something Sam," ...so Moore spontaneously uttered "Play it Steve" –– and the rest is history!"

Sam & Dave were also announced by The Recording Academy™ as one of the recipients of the Special Merit Awards, The Lifetime Achievement Award. A special award presentation ceremony and concert celebrating the honorees will be held on May 11, 2019, in Los Angeles.

“The National Recording Registry honors the music that enriches our souls, the voices that tell our stories and the sounds that mirror our lives” said Hayden. “The influence of recorded sound over its nearly 160-year history has been profound and technology has increased its reach and significance exponentially. The Library of Congress and its many collaborators are working to preserve these sounds and moments in time, which reflect our past, present and future.”

The new recordings to the National Recording Registry bring the total number of titles on the registry to 525, a small part of the Library’s vast recorded-sound collection of nearly 3 million items.

The spoken-word and musical recordings span a century from 1901 to 2001. The oldest recorded sounds on the 2018 registry are 20 cylinders of the earliest-known recordings of Yiddish songs (1901-1905) and the most contemporary recording is hip-hop mogul Jay-Z’s 2001 album “The Blueprint,” which solidified his reputation as one of the greatest rappers in music.

The Library of Congress is the world’s largest library, offering access to the creative record of the United States — and extensive materials from around the world — both on-site and online.