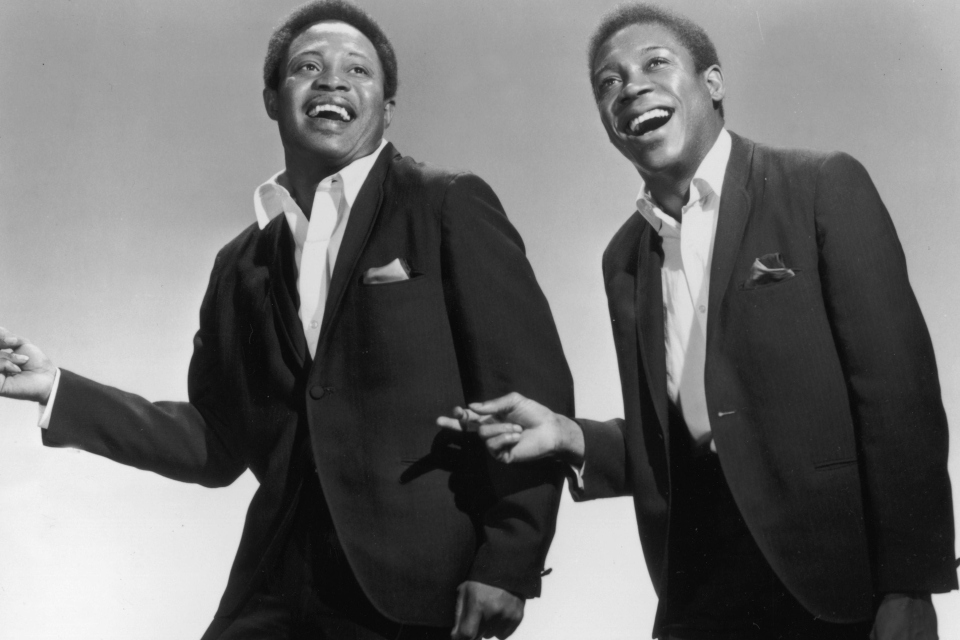 Sam Moore and Dave Prater of the soul duo Sam & Dave have been selected by The Recording Academy as recipients of the Special Merit Awards, The Lifetime Achievement Award. Sam & Dacve were one of the primary chart stars at the Stax and Atlantic labels in the 1960s, bringing the passion of gospel to their wailing soul sounds. A special award presentation ceremony and concert celebrating the honorees will be held on May 11, 2019, in Los Angeles.

"Each year, the Recording Academy has the distinct privilege of celebrating music industry giants who have greatly contributed to our cultural heritage," said Neil Portnow, President/CEO of the Recording Academy. "This year, we have a gifted and brilliant group of honorees and their exceptional accomplishments, contributions, and artistry will continue to influence and inspire generations to come."

The first 20-plus years of Sam Moore's sensational career began by lending his unmistakable lead vocals to soul duo Sam & Dave. The 1967 smash hit "Soul Man," catapulted the duo's career up the Pop and R&B Charts, selling more than 10 million records worldwide and ultimately an induction into the Rock & Roll Hall of Fame. Moore also scored critical acclaim and numerous awards as a solo artist for more than 35 years, performing at some of the world's most iconic and notable venues, including Carnegie Hall, Lincoln Center, The Hollywood Bowl, The Ryman Auditorium, The Grand Ole Opry, Royal Albert Hall, Nippon Budokan, The John F. Kennedy Center, The White House, Lincoln Memorial and Washington Monument. Moore has recently joined Florida International University (FIU) as an Artist in Residence for their Center of Humanities to build a program around the artist histories that shaped our culture through music.

About The Recording Academy:

The Recording Academy represents the voices of performers, songwriters, producers, engineers, and all music professionals. Dedicated to ensuring the recording arts remain a thriving part of our shared cultural heritage, the Academy honors music's history while investing in its future through the GRAMMY Museum®, advocates on behalf of music creators, supports music people in times of need through MusiCares®, and celebrates artistic excellence through the GRAMMY Awards®—music's only peer-recognized accolade and highest achievement. As the world's leading society of music professionals, we work year-round to foster a more inspiring world for creators.