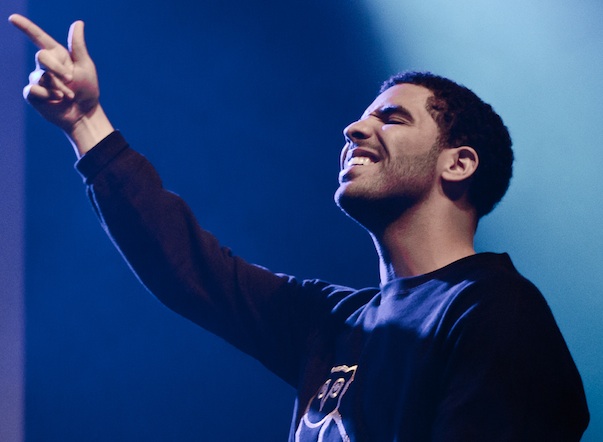 1. Ariana Grande, “Yours Truly”: Executed perfectly (or close to it), there are a few elements to creating a perfect pop album: great songwriting, groovy melodies and vocals that capture and reel you in. With the help of Kenneth “Babyface” Edmonds, 20-year-old Ariana Grande crafted an album that harks on '90s R&B and highlights her gorgeous, rich tone that mirrors Mariah Carey and, at times, Toni Braxton. From the hip-hop flavored jam “Right There” to the honeyed ballads “Daydreamin'“ and “Tattooed Heart,” Grande's debut is proof that a true star is on the rise. “Yours Truly” is truly a gift.

2. Dawn Richard, “Goldenheart”: While Danity Kane's reunion was somewhat exciting, Dawn Richard's solo project was electrifying. The singer, who was also part of the Diddy-Dirty Money trio, is in perfect form on “Goldenheart,” where she explores various R&B and pop sounds, including beats that are electronic, smooth and down-tempo. The album tells stories of Richard's struggles in music, the good and bad times in love and more — making for a rousing, breathtaking listen. Each of the 16 tracks flow magically as Richard's voice blends in, sounding raspy at times and soft at others. Let's hope Danity Kane doesn't hold this talent back.

3. Sara Bareilles, “The Blessed Unrest”: The Grammys got it right — Sara Bareilles' third release, “The Blessed Unrest,” is one of the year's best, thanks to its mix of upbeat and classic-sounding piano tunes, all anchored by the performer's sweet and powerful tone. Bareilles is an exceptional songwriter who puts on a live show that brightens your day — and week. With songs like the emotional “1000 Times” and the inspirational “Brave,” Bareilles hits all the right notes. Even Katy Perry was impressed.

4. J. Cole, “Born Sinner”: This year featured anticipated albums from Jay Z, Kanye West and Drake, but J. Cole has the rap album of the year. “Born Sinner,” his sophomore release, is full of smart rhymes that forces the listener to think. He's a born winner.

5. Beyonce, “Beyonce”: Yes, Beyonce's new album was just released this month, but it's still one of the best offerings this year. The R&B queen gets major props for literally slapping the world in the face with an album full of progressive R&B tunes that feel fresh and appealing. The impressive batch of tracks — from the addictive numbers “Drunk in Love” and “Blow” to the beautiful and soft “Heaven” — showcase the singer's growth and easily puts her ahead of the competition. “Beyonce” is larger than life.

6. Justin Timberlake, “The 20/20 Experience — 1 of 2”: Mr. SexyBack is also Mr. ComeBack. Justin Timberlake returned to music after seven years with a 10-track album that didn't follow trends in pop, but still became 2013's most successful album. Along with Timberland, the prince of pop has mastered the falsetto and maintains a smooth, mid-tempo sound throughout the 70-minute adventure. The songs feature the traditional Timberlake transition — how could you not adore “Strawberry Bubblegum” — and these are tunes that only he could sing. Listening to the album's sequel, released months after, lets us know Timberlake isn't superhuman. He makes mistakes, too.

8. Janelle Monae, “The Electric Lady”: Janelle Monae's latest album shows that the already masterful singer has grown in the three years since she released her full-length debut, “The ArchAndroid.” ''The Electric Lady” is almost as great as that work of art and features must-listen songs like “Primetime,” a duet with Miguel that is arguably the year's best R&B song, and the Prince-assisted “Give Em What They Love,” where Monae holds her own. The title track is just as addictive. All hail this queen.

9. Miley Cyrus, “Bangerz”: It's sad that Miley Cyrus literally acts like a wrecking ball when her album is actually a gem. “Bangerz” is simply that — banging. Instead of singing expected radio pop tunes, Cyrus takes risks on what's become her official music breakthrough, and it shows that there's more than meets the eye for this wild child. “Wrecking Ball” is one of the year's best pop songs, “FU” and “Do My Thang” are full of swag and the Britney Spears-featured “SMS (Bangerz)” is ridiculously catchy. If only Cyrus could just focus on singing, instead of sinking.

10. Tegan & Sara, “Heartthrob”: Canadian sister duo Tegan and Sara have formed a pop album with feel-good songs that sound great. From the rising hit “Closer” to the multilayered groove “I Was a Fool,” the Canadian's group eighth album is a journey of synth-pop and easy listening. It's hard not to have a crush on “Heartthrob.”

1. Chance the Rapper, “Acid Rap”: When it comes down to it, the best music is all about the ability to cut through great geographical, cultural and musical distances to deliver an emotion or memory that resonates one to one. I spent 2013 trying to find authentic music that taught me about people, that reaffirmed we're all the same regardless of how much our T-shirts cost. Take Chance the Rapper. “Acid Rap,” the second mix tape from this 20-year-old Chicago MC who turned down all the major labels to tour the country in a beat-up RV, is a stream-of-consciousness epic. It's full of delightful romps of juvenile delinquency mixed with a few frightening moments that drip with a sense of dread and paranoia. Check out the second half of “Pusha Man” if you want to see what it feels like to be scared all the time. Or take it in the opposite direction with the righteously unhinged “Smoke Again” or my favorite track, “NaNa,” featuring Action Bronson.

2. Queens of the Stone Age, “... Like Clockwork”: Josh Homme is a sensitive dude. I did not expect this. Homme turned in one of his most nuanced, thoughtful and emotionally powerful albums with this melancholy examination of mortality in what was otherwise a tepid year for rock 'n' roll. The music was difficult both thematically — it was written after Homme nearly died during surgery — and technically with upheaval within the band lengthening the recording process. Dave Grohl, Elton John and other friends joined to help finish off the album. Songs like favorites “My God Is the Sun” and “Smooth Sailing” rank among the best the band has produced, while “The Vampyre of Time and Memory” and “If I Had a Tail” are among the most revealing.

3. Earl Sweatshirt, “Doris”: For a while there Earl Sweatshirt was a myth. We finally met the real guy behind the persona on the long-awaited “Doris,” and his music was far more interesting than the buzz that accompanied his yearlong disappearance from public life. Earl tells you more about himself on songs like favorites “Burgundy” and “Chum” — his feelings about his parents, his friendship with Tyler, the Creator, the claustrophobic crush of attention — than he's revealed in hours of interviews. It all rolls out in dense, dazzling verses packed with triple meaning with a world view that's refreshingly honest and devoid of pop aspirations.

4. J. Cole, “Born Sinner”: Kendrick Lamar wasn't the only elite rapper chest-thumping and backing it up in 2013. J. Cole moved the release date of “Born Sinner” to the same day as Kanye West's “Yeezus.” On purpose. Thanks to this bold move, June 18 turned out to be the day of the year in music (check out Nos. 5 and 6). While Ye initially outsold him, Cole's sunny outlook, smart humor, nimble production and positive energy eventually won the day. Cole lays out just why he's different from his rivals on favorite “Let Nas Down” and lays down his own I'm-the-greatest verse with the help of Lamar himself on “Forbidden Fruit.”

5. Kanye West, “Yeezus”: Abrasive, angry, sometimes absurd, but endlessly fascinating, “Yeezus” is a punch in the face to the status quo. Grouse all you want about West's lyrical content, ridiculous statements and outsized ego, the man's production work is so far in the future you might as well call it science fiction. He opens the album by declaring “Yeezy season approaching ... a monster about to come alive again,” and he's still in the news raging about this or that six months later. The surprise here is that there's plenty to identify with. Who hasn't just wanted their damn croissant? And when West twines his voice with Nina Simone's in the opening to favorite “Blood on the Leaves,” it's just plain beautiful. Who cares what he's saying?

6. Mac Miller, “Watching Movies With the Sound Off”: Few might have predicted Mac Miller would hold his own against Cole and West on June 18, but he turned it into something of a Mexican standoff with an impressive 19-track album that announced him as a producer and lyricist worth hearing. Miller moved to Los Angeles and went all in, delivering an album with unexpected depth, a masterful sense of mood and an excellent feel for the groove that in many ways rivals “Yeezus” for its constant inventiveness. New friends like Jay Electronica, Earl Sweatshirt, Tyler, the Creator, and Schoolboy Q help maintain the energy. And just when you think he can't keep it up any longer, 15 or so tracks in, Diplo shows up on favorite “Goosebumpz” and the party goes on all night.

7. Drake, “Nothing Was the Same”: This was my most anticipated album of the year, and while it didn't satisfy like “Take Care,” Noah “40” Shebib's production is stunning and I learned more about Drake than I ever expected to. Ignore all the swaggin' and braggin'. Listen to the personal verses about his relationships with Lil Wayne and Nicki Minaj on the sprawling “Tuscan Leather” and “the issues at hand we're not discussin'“ with his mother on “Too Much,” featuring Sampha, and tell me you can't relate. Favorite track and leadoff single, “Started From the Bottom,” told us to expect something different, and “Nothing” delivered in some really interesting ways.

8. Parquet Courts, “Light Up Gold”: I miss Pavement. Since it looks like Stephen Malkmus and the guys aren't going to give us new music, I've been looking for a suitable replacement. Brooklyn's Parquet Courts comes the closest to reproducing the elegant anarchy of my '90s slacker heroes. Songs like “Master of My Craft,” ''Borrowed Time” and favorite “Disney P.T.” remind me of how clever wordplay and minor chords used to make me so happy.

9. The Civil Wars, “The Civil Wars”: We can live with it if this is the last new material we'll get from the Southern gothic duo that served as a cornerstone of the seemingly short-lived folk rock movement. The apparent breakup of Joy Williams and John Paul White was the saddest story in music this year and came as they released an album that showed unbound potential by turning up the guitars and the tension. The emotion here is razor sharp, opening with favorite track “The One That Got Away,” a song that stings like a switchblade to the cheek.

10. Danny Brown, “Old”: Danny Brown threw the biggest curveball of 2013, and the result was one of the year's most harrowing albums. Brown mostly put aside the toothless jester persona that drove his breakthrough “XXX,” returning to songs about street life in Detroit or the post-party reality of his newfound success. He relates the horrors of a trip to the store on the menacing “Wonderbread” and ignores messages from his daughter as he crushes pills on a hotel room menu on “Clean Up.” ''Hipster by heart but I can tell you how the streets feel,” Brown raps on the dreamy “Lonely, “Everybody thirsty and they're looking for a refill.”