If you want to know Kemba Shannon, watch her dance.

"Any of the emotions that I can't release on the street, I put it into my dancing," she says. "I express that through movement to get away, to escape the false reality of real life."

Shannon has performed on Broadway and toured the world with the likes of Celine Dion, Pink and Madonna for 20 years. Currently, she runs the Kemba Shannon Dance Center in the Kenton neighborhood. In addition to training teens in her company, the center also provides youth and adult classes for residents interested in getting fit.

The Baltimore native is a recent Portland transplant. During her four years in the city, she has dealt with challenges in getting her art to the community and expressing her culture. Dance allows her to exercise the stress and get her point across without being silenced. In many ways, Portland is her latest challenge.

One of Shannon's first obstacles was learning to deal with alopecia. Instead of letting the condition get her down, she turned it into a point of strength. Some people who see her bold, high energy performances assume her bald head is a fashion choice. 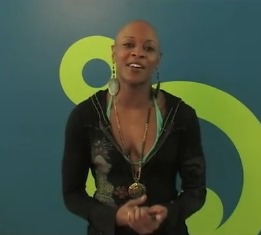 "It's funny because in L.A. they look for characters," she says. "I felt like if I had wigs on and had the Beyoncé look, they wouldn't have chosen me. They chose me because I was different."

Shannon knew dancing was her calling in middle school. Even then, she pictured herself on prominent stages like the Emmys and Oscars.

"I was drawn by the excitement of dance and it became my passion," she says.

In addition to performing, Shannon also took an interest in choreography at a young age. She would create her own routines while practicing the ones assigned by her teacher.

Shannon was inspired by Michael and Janet Jackson, as well as legendary choreographers Bill T. Jones and Alvin Ailey.

"They've really inspired me as an ongrowing choreographer," she says. "I'm always learning.

She brings her emotions to her work and depicts what she sees. Her work explores themes like war, love and poverty. The goal is to help heal some of the community's issues by illustrating them through the lens of dance.

She hopes the community will support the dance center more.

When Shannon first opened its doors, the neighborhood didn't seem interested. Eventually, she had to close the doors and focus on her company.

Initially, she struggled with the lack of interest.

Family and local community members helped get her through. Shannon cites her parents, teachers, Todd Strickland and her daughter for constant support throughout the journey. She gives special thanks to Bobby and Liz Fouther, who helped her push on despite setbacks in developing her dance center.

Now that the program has grown, more people are coming to peer in on her training.

In response to the increase in community interest, Shannon opened up the doors again and is offering youth and adult classes.

Still, her primary focus is on the dancers in her company.

"My teaching style is raw," says Shannon. "I'm really hard on them.

"To be a part of my company you must have passion to work hard and know that we are pushing you because we care."

As an instructor, she is a stickler for being on time, abiding by the dress code and journal writing.

The no-nonsense approach is due in large part to Shannon's experience working with Madonna. She says the music icon taught her how to be a businesswoman.

Madonna would show her dancers every mistake she made and even fired crew on the spot. At the end of the day, she held herself accountable for everything she invested money in and refused to put blind trust in people.

Shannon says that has stuck with her to this day.

Touring with the likes of Madonna also allowed her to experience a broad range of cultures. Wherever she traveled, she would go to the clubs to learn the dances. 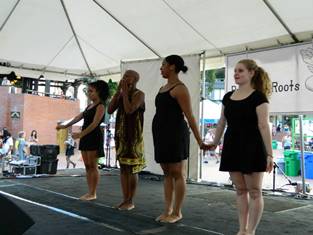 Shannon prides herself on being able to take styles from other countries and make them her own. This involves changing anything, including timing, costumes and music. She dissects the dances to recreate her own movements.

"Everything is re-created," says Shannon. "There are so many people that did the moonwalk before Michael Jackson but Michael branded it."

Ultimately, she leads by example. When it comes to aspiring dancers, her advice is simple.

"Put the work in and you shall be rewarded."

The Kemba Shannon Dance Center is located on 2017 N. Kilpatrick St, Portland, Ore. Currently, the center is looking for sponsors for its students. For more information, call 323-691-6409 or email the center.