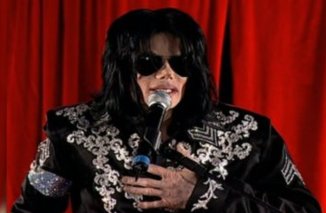 When Debbie Rowe divorced Michael Jackson after their three-year marriage in 1999, the singer "got custody of the doctors," his ex-wife joked.

Rowe, the mother of Jackson's two oldest children, returned to the witness stand Thursday for a second day of testimony in the AEG Live death trial in Los Angeles court. She was forced to testify about the singer's drug use by lawyers for the concert promoter being sued by Jackson's mother and three children.

Wednesday's questioning by AEG Live lawyer Marvin Putnam centered on Jackson's use of prescription drugs to deal with pain from scalp surgery and two times in Germany when doctors used the surgical anesthetic propofol to treat his insomnia.

Thursday's testimony, however, began with Rowe's description of Jackson's skin problems, which included vitiligo -- a condition in which his pigment disappeared, leaving large white spots on his face, hands and body.

"Everyone says he bleached himself, but he didn't," Rowe said. Many of his visits to Dr. Arnold Klein, the Beverly Hills dermatologist where she worked for 18 years as a medical assistant, were to treat the condition, she testified.

Jackson compared himself to the "Elephant Man," a 19th-century Englishman who became a circus sideshow curiosity because of severe disfigurements, she said.

"He was worried that people would see the disease or the disfigurement before they would see him working sometimes," Rowe testified.

He also suffered from discoid lupus, which made his skin tissue "mushy," especially on his scalp, she said. Jackson's scalp was severely burned during a pyrotechnics accident while he was filming a Pepsi commercial in 1984.

Two German doctors treated Jackson's insomnia with propofol 12 years before he died from an overdose of the surgical anesthetic, Rowe testified Wednesday.

Dr. Allen Metzger -- Jackson's general practitioner in the United States -- arranged for the German anesthesiologists to infuse the singer with propofol in a Munich hotel in July 1997 after sedatives failed to help him sleep between concerts, Rowe testified.

"I think they tried it and it hadn't worked, and if he couldn't sleep, he couldn't perform," she testified. Jackson "was at the end of his rope; he didn't know what else to do."

He "felt better" after eight hours of propofol-induced sleep and decided to get a second treatment after his second Munich show, she said.

Metzger testified at the criminal trial of Dr. Conrad Murray that he was never involved in propofol treatments for Jackson and was not aware of the drug until much later.

Rowe backed away from her previous statement during a deposition, in which she said doctors also gave Jackson propofol infusions in hotels in France during the HIStory tour, in the late 1990s.

AEG Live contends that Jackson used propofol for years to treat his insomnia, including when Rowe was traveling with him in Europe in the 1990s.

The coroner ruled Jackson died on June 25, 2009, from a propofol overdose administered by Murray, who is serving a prison sentence for involuntary manslaughter.

AEG Live executives, who were promoting and producing Jackson's comeback concerts, had no way of knowing that Murray was infusing him with propofol each night for two months in the spring of 2009, AEG lawyer Marvin Putnam said in his opening statements 16 weeks ago. "Almost no one knew until after his death," Putnam said. "AEG Live certainly didn't know about it."

The Jackson family's lawyers contend that the promoters ignored warning signs that Jackson's health was deteriorating in the two months before his death. Instead of getting him to another doctor who might have saved his life, they gave Murray the responsibility of getting Jackson to rehearsals, they argue.

Michael Jackson's mother, Katherine Jackson, and three of her children contend AEG Live is liable in his death because it negligently hired, retained or supervised Murray. The company's agreement to pay Murray $150,000 a month put the doctor in a conflict of interest because he was in deep debt and could not risk losing the job by refusing Jackson's demands for propofol, their lawyers contend.

AEG Live argues that while its executives negotiated with Murray to serve as Jackson's physician for the "This Is It" tour, it was Jackson who chose and controlled the doctor.

"Getting a grip' on MJ's pain

Jackson underwent surgery in 1993 to repair burns suffered in the 1984 accident, including placement of a balloon under his scalp to stretch it over several months, Rowe testified.

His doctors "couldn't get a grip of the pain" the procedure caused and two doctors "were having a pissing contest over who gave him the better drug," she said.

"Michael had a very low pain tolerance, and his fear of pain was incredible," Rowe testified. "And I think that doctors took advantage of him that way."

Rowe said many of the doctors who treated Jackson were "idiots," including the dermatologist she worked for from 1979 until she quit in 1996 before she married Jackson.

"Michael respected doctors immensely, that they went to school, that they studied ... to do no harm," Rowe said. "Unfortunately, some of the doctors decided that when Michael was in pain or something that they would try to outbid on who could give him the better drug, and so he listened to those doctors."

Metzger tailored a plan to help Jackson withdraw from dependence on demerol, a powerful painkiller given him because of the scalp pain, she said. That plan, however, was derailed when Jackson resumed traveling on his "Dangerous" tour, she said.

After six weeks, when the tour reached Mexico City (in autumn 1993), Jackson was "a hot mess," she said.

"He was depressed," she said. "He had taken something. I don't know what he had taken or who he had got it from."

After a three-day argument with Jackson, Rowe said, she convinced him to end his tour early and enter a drug rehabilitation program.

"You need to straighten up," she said she told Jackson. "You need to face whatever it is that is going on and we'll get through this."

Jackson eventually announced publicly that he was entering a rehab program to deal with an addiction to prescription drugs.

One revelation from Rowe was that a Beverly Hills plastic surgeon faked doing a procedure on Jackson on two occasions, although he told the singer he had done it. Jackson complained about painful scars in his nose and went to Dr. Steven Hoefflin to inject them with collagen, she said.

"He put Michael out and didn't do anything but put tape on him as if he had treated him," Rowe testified. The doctor told her he did that because he could not find the scars Jackson thought were there.

Thursday is the 70th day of testimony in the trial, which the judge told jurors would likely be given to them for deliberations in late September.