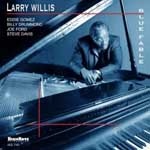 "BLUE FABLE"
LARRY WILLIS
HIGHNOTE
*****
I first heard the veteran pianist Larry Willis at a Lionel Hampton Jazz Festival when he was working with the Roy Hargrove Quintet.
Not only was he working with the Hargrove band, Willis was a clinician during the day, in the house band at night backing other acts, and also had to show up at afternoon sound checks — which were really mini rehearsals. At festival close, he had artfully fulfilled all the many roles assigned to him but he was drained. His dedication to his art and reputation made an indelible imprint on me.
This release, "Blue Fable," should enhance his already considerable reputation, and his art speaks through it eloquently. Check out his spin on "Never Let Me Go," where he combines a steady rhythmic approach with a refined touch plumbing the true loveliness of the Evans-Livingston ballad. The bass of high school pal Eddie Gomez adds depth and necessary support. Drummer Billy Drummond is tasty with his work behind both.
Willis enlarges his ensemble on three tunes to include alto saxophonist Joe Ford and trombonist Steve Davis. Both are accomplished players who broaden the scope of the recording. 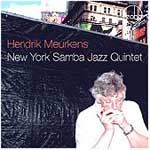 "HENDRIK MEURKENS' NEW YORK SAMBA JAZZ QUINTET"
ZOHO
****
The harmonica virtuoso Hendrik Meurkens shares his solo time with his vibes artistry on this release of sprightly Brazilian tunes.
The result is a most pleasant listen as he adroitly performs compositions by Jobim, Gershwin, Donato and himself. He is aided and abetted by a fine group of players, including pianist Helio Alves and tenor saxophonist Jed Levy whose work is hand in glove with Meurkens' vibes.
The closest thing to a ballad is the classic "I Can't Get Started." One more would have been nice. 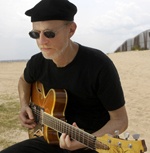 "SHIFTING SANDS"
BOB DE VOS
SAVANT
****
Guitarist Bob De Vos, long associated as a sideman with such organ greats as Jimmy McGriff, Richard Groove Holmes, Charles Earland and Jack Mc Duff revives the organ trio sound with this nine track release.
The basic group is De Vos, organist Dan Kostelnik and drummer Steve Johns. He adds percussionist Gary Fritz on "Lost and Found" and "Willow Weep for Me." The great young star of the tenor saxophone, Eric Alexander, enhances "Three/Four Miss C," "Track and Field" and "Willow Weep for Me."
"T and F" is everything its title suggests, a romp with Alexander's tenor out front. Kostelnik, a new name to me, has a great sense of swing and easily fits in his organ groove with some of the best. 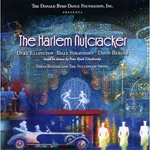 THE HARLEM NUTCRACKER"
DAVID BERGER AND THE SULTANS OF SWING"
SUCH SWEET THUNDER
*****
Trumpeter, conductor and composer David Berger accomplishes a formidable task of blending the compositions of Peter Ilyich Tchaikovsky with those of Duke Ellington, Billy Strayhorn and his own.
The basic Tchaikovsky theme remains combined with Duke's sound and Berger's modern update. It makes for 14 grand tracks of swing jazz.
The Nutcracker was originally written as a Christmas song but in this form, it becomes a year around delight.
Outstanding musicians abound in this band including Jerome Richardson, Jerry Dodgion, Marcus Belgrave, Britt Woodman, Dennis Irwin and others.