When the Lifesavas were coming up, there were only two places with 4-track recorders where independent hip-hop artists could go to record music in Portland. As a result, all of the artists in the area knew each other and developed in an atmosphere of friendly competition. According to Jumbo, it was something that helped propel the group when others hated on them for having a different style. 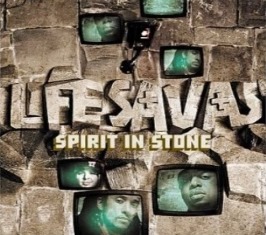 Now the group tours internationally and licenses their music to films, TV shows and video games. On July 20, the group will be performing at the Doug Fir Lounge to commemorate the ten year anniversary of "Spirit in Stone," their debut album.

Members Jumbo (Solomon David), Vursatyl (Marlon Irving) and Rev. Shines (Ryan Shortell) all reflect on the excitement they were feeling at the time.

Shines had recently joined the group and spent much of the time sitting, watching and learning from Jumbo and Vursatyl.

"I was the new jack in the crew at the time," he says. "Coming up under Jumbo and Vurs, I couldn't be in a better situation.

"For me, I was just the young, wide-eyed dude, not knowing what hit me."


They all grew up listening to records, so Vursatyl says seeing their music come out on vinyl was huge.

The groups' first full promo shoot still sticks out to him. He says the group was living out of their car in San Francisco as they were trying to get themselves together for the shoot. One photo in particular became a staple.

"You never know how significant things are until afterward," he says. "That photo they took that day, it became kind of a photo where it was like, 'Can they use a different picture?' It was so much a part of the moment and a part of the overall excitement."

Jumbo adds that aligning with Quannum Projects was monumental for them. Portland had seen artists like the U-Krew and Cool Nutz put music out but Jumbo says it was huge for the Lifesavas to align with the independent label artist home of the west coast.

"Quannam was so self-contained," he says. "Only Blackalicious. Only DJ Shadow. Only Latyrx. For us to join that, it was like us forming Voltron."

Group members say the co-sign from Quannum brought their music to a much larger audience both throughout the U.S. and internationally.

There are a lot of fans outside of the U.S. who love the true school hip-hop sound, says Shines. He stresses that it's important for independent artists in general to do whatever they can to expose themselves to a wider audience.

"There are a lot of groups that can come out here and play rooms that are 300-500 capacity and those same groups are going out to Europe and Japan and they're playing to 3,000 and 5,000 capacity rooms," says Shines. 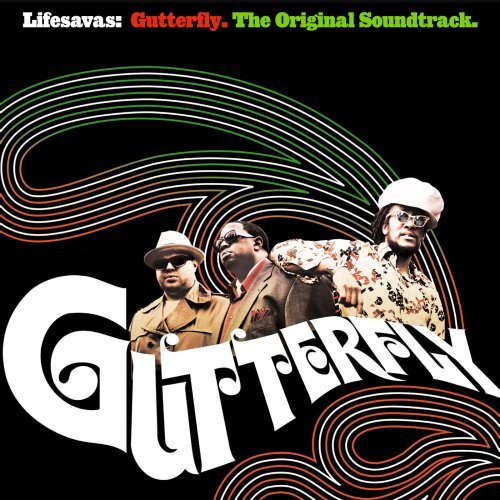 Another way the group has expanded their listeners and made their music career sustainable is by licensing their music. Shortly after "Spirit in Stone," listeners could hear some of the album's songs on ESPN's short lived program "Playmakers."

Now you can hear Lifesavas music on everything from HBO Films to Tony Hawk's Underground to GMC commercials.

Jumbo says that many artists find out that in order to be sustainable, they have to wear a couple of different hats.

"We networked and decided there are more ways to reach people with our music than to just get on the grind and do it the guerilla hand-to-hand way," he says. "That's cool and there's nothing wrong with that but we wanted to make sure we exercised every option. Irregardless of any label of selling out, we look at it like they're paying us to advertise our song.

"Lifesavas is not just a group, a band, a trio—we're also a music house of our own catalogue."

Currently, the group is working on their third album, tentatively titled "iDentifi."

There is a noticeable level of excitement in the group as they discuss the new project.

"We have that feeling again," says Vursatyl. "We're connected on all levels right now. We're making some music we're all feeling good about."

There is no release date for the album yet but Jumbo reminds listeners of the days when fans were hassling A Tribe Called Quest about new music.

"People was really blowing Tribe up," he says. "'How come y'all don't let us hear nothing. We want to come by the studio. You keep talking about this album. Y'all have been working on this forever.' Tip, Phife and Ali were like, 'We're locked in the basement with our engineer and when we decide to give it to y'all, all this chatter and all of the questions and all of the when, when, when'—When Midnight Marauders dropped, wasn't nobody saying nothing except for one word and that was classic." 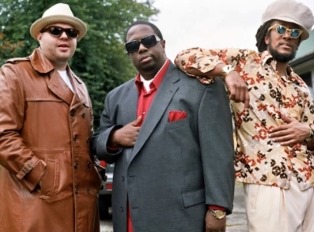 In the meantime, Portland fans can look forward to the "Spirit in Stone" anniversary show.

"You're in for a treat Portland," says Shines.

Vursatyl says there will be special surprise guests and it will be the first time the group has performed this many songs from "Spirit in Stone."

The group encourages all hip-hop enthusiasts, heads, golden era fans and others to come out.

"Go get your tickets because Marlon, Solomon and Ryan are not going to have any room on the guest list," says Jumbo.

To get more information and purchase tickets, go here.