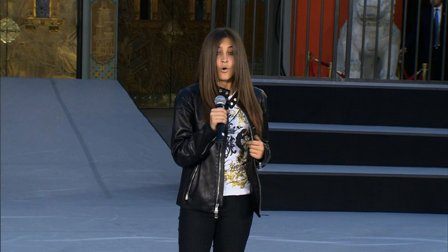 Paris, 15, is in a Los Angeles hospital at least until Saturday for evaluation after an incident early Wednesday in which she cut her wrist and called a suicide counseling hot line.

Beckloff appointed Michael Jackson's mother, Katherine Jackson, to be sole guardian of Prince, Paris and Blanket soon after the singer's sudden death on June 25, 2009. Her guardianship was briefly suspended after she disappeared and was out of communication for more than a week last summer.

The children's cousin T.J. Jackson, who was appointed guardian while the family matriarch was missing, was then made a co-guardian.

In addition to the hospitalization of Paris, the probate investigator may also be checking on T.J. Jackson's participation. A media report said he no longer lives at the Jacksons' Calabasas, California, home.

"It's absolute fiction that T.J. is an absentee guardian," Sanders said. "He's always around."