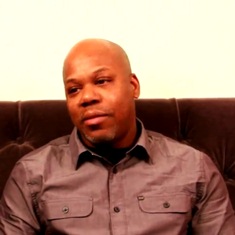 LOS ANGELES (CNN) -- Prosecutors decided there's not enough evidence against Too Short to prosecute him on a felony drug charge made against him a week ago.

Los Angeles Police arrested the West Coast rapper for meth possession and driving under the influence of alcohol on a Hollywood street during a traffic stop last Wednesday.

Too Short's manager David Weintraub acknowledged to CNN that Short's breath test at the scene tested "0.01 above the limit in California."

"As for drugs- we call bull," Weintraub said. "Short was diligently searched and cuffed prior to being placed in the disgustingly filthy patrol car. Ask yourself, how did the police not find the drugs on the initial search but only after they brought Short to the precinct?"

The patrol car "smelled like vomit and was littered with remnants from prior arrests of the evening," he said. "Any assertion that Short was carrying powder is ridiculous! Every rap fan knows Short's into weed!"

He tried to run away after blowing into the intoxication meter, Officer Cleon Joseph told CNN last week. "He didn't get very far at all."

His manager said there was a reason for that. "In the past, Short, like many others has been mistreated by law enforcement and these unfortunate prior incidents lead to the complications after the stop," Weintraub said.

The Oakland, California-based rapper collaborated with Tupac Shakur, The Notorious B.I.G. (both now deceased) and other major artists in the past three decades. Major songs on his resume include "The Ghetto" and "Blow the Whistle."