By Helen Silvis of The Skanner News
Published: 25 March 2013

Last November, Portland voters passed an arts tax that says every adult with a family income above poverty, must pay $35 by April 15 this year. Critics say the tax may not be constitutional and unfairly burdens lower-income households. As a result, two City Council resolutions and a legal challenge could eliminate or alter the tax.

What's the problem with the tax?

Mayor Hales says it has consequences that voters never intended.  Everyone over 18 who lives in a household above poverty level would have to pay –even if they earned less than $35.

"No one crafting this tax intended this to be the rule. This is just silly. And we need to move right now to address the Law of Unintended Consequences."

That's why Hales will propose an emergency ordinance, Wednesday, March 27, saying that nobody who earned less than $1,000 the previous year should pay. Anyone in this position who already has paid will get a refund.

Hales also says he is troubled by the unfair burden placed on low-income families. For the majority of voters who favored it, the tax may have appeared so low it couldn't hurt anybody.

But the tax is regressive, meaning low-income people pay substantially more of their income. Most programs set up to help low-income people, recognize that the official poverty level is far too low. That's why most anti-poverty programs extend benefits to people earning twice and three times that level. This tax makes these struggling families pay as much as wealthy people. 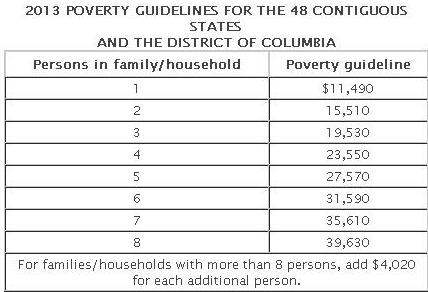 So Hales also is proposing a resolution to send the tax to the Revenue Bureau for a review.  That too will go to the council for a vote Wednesday.

It's possible that the arts tax will be found unconstitutional. Lewis & Clark Law School professor Jack Bogdanski, who teaches tax law and also writes a blog, has filed a suit charging that the tax violates Article IX, Section 1a of the Oregon Constitution.

Why?  Each person above the poverty income threshold must pay the same flat amount of $35. In Bogdanski's view that amounts to a head or poll tax, forbidden under the constitution.

For the moment, however, the arts tax is a go. Haynes says the mayor wants to respect voters' intentions, but also wants to see if there are legitimate ways to soften the blow on families least able to pay.

"The mayor inherited this tax, and he doesn't like the idea of fixing things that were part of what voters intended," Haynes said, "So what he's doing is addressing the unintended consequences. And then we'll look at whether we can make changes that are in good faith with voters, the education community and the arts community."

A well-funded campaign in favor touted the benefits to schools and to Portland's Arts organizations. About $9 million in arts tax revenue is projected for 2013, rising to $12 million in 2014. Around 56 percent of that would pay for arts teachers in elementary schools in Portland School districts: Centennial, David Douglas, Parkrose, Portland Public, Reynolds, and Riverdale.  The rest will go to the Regional Arts & Culture Council.  The council distributes funds to arts organizations, including Oregon Ballet Theater, the Metropolitan Youth Symphony and dozens of other groups that can show they work to some extent with students.

Outreach to make sure everyone who is required to pay knows about it, also has faltered. Advocates say a substantial number of people—families who don't speak English at home, for example, still have not heard about the tax and may not realize they are supposed to pay it.

Asked about rumors that the tax won't be enforced because of the problems, Haynes said he knows of no such decision.  "This won't be any different from anything else that happens in Multnomah County," he said.