We Track Beyonce-Gate (So You Don't Have To) 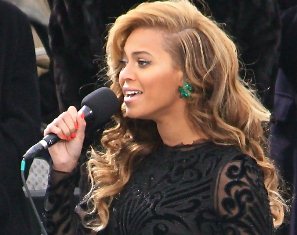 (CNN) -- There's no doubt that Beyonce put on one heck of a show when she performed the National Anthem at Monday's Inauguration of President Obama.

She just didn't put on a live one. As a spokeswoman for the U.S. Marine Band told CNN, Beyonce didn't actually perform the "Star-Spangled Banner" live during the ceremony, but rather lip-synched along with her own voice. (Were these photos on her Tumblr page intended to be a hint?)

While not uncommon, it was surprising, considering everything evident in her rendition: the hand motions to match her scaling the notes, the facial expressions conveying effort, and - most damning of all - the removal of her earpiece.

After she finished, those who bore witness were awestruck, hailing her performance as flawless. So how did everyone take it when they learned that the whole thing was pre-recorded? Here's a recap:

12:00 p.m. ET: Right around lunch time the news began to emerge, with the Times of London and New York Post's Page Six reporting that Beyonce pretended to sing during the Inauguration. Slate tweeted that Bey's "rendition of the 'Star-Spangled Banner' was a beautiful, terrible lie." BuzzFeed was quick to forgive, however, as Star Jones went on the defense:

"So what! It's not like she lip-synched to someone ELSE's voice," Jones tweeted in response to the Post's article. "Folk just be HATING for no good reason. Dang! Did #Beyonce sound good? Did she look good? Did she honor the President? #whatelsematters."

12:30 p.m. ET: Adding fuel to the fire was TMZ's report that Kelly Clarkson, who performed a sparkling rendition of "My Country, 'Tis of Thee," sang live. CNN's confirmed that both Clarkson and James Taylor, who performed "America the Beautiful," sang live during the inaugural ceremonies. We haven't yet heard back from Beyonce's representation.

1:00 p.m. ET: Within an hour of the news spreading, many were taking Jones' point of view. CNN readers weren't that quick to judge, as the first few comments were along the lines of:

DW: "So what? It sounded fantastic."

just sayin: "who cares? she was there as eye candy. and it wasn't a paid performance was it? nobody should expect them to be singing for real at these sorts of entertainment events."

Lisa freira: "That was actually a good idea. Can you imagine if it somehow got messed up? She'd be living that down for years. Meantime what we got was a beautiful rendition of a song to make us all proud"

Although at least one person couldn't resist a joke:

OK, make that more than a few people:

"If Beyonce did lip-sync the National Anthem, it was only because Michelle Obama's bangs left her speechless," tweeted Comedy Central.

"'Hey Aziz, can you the sing the National Anthem into this mic? I won't do anything with this recording...' - Beyonce, 3 days ago #Betrayed," posted Aziz Ansari.

3:00 p.m. ET: A few hours into Beyonce-gate, there were a few who were seemingly disappointed and/or disbelieving (although we're hoping some of this is sarcasm):

@killencassie: "#Beyonce lip syncing? What is good in this world anymore? I want to cry."

@ShiahRae: "How could she do this to me? My life is a lie! #Beyonce"

@amyhonora: "To weigh in on the Beyonce lip-syncing arguement - I don't think she did fake it, you can tell it's real"

@rrachelsmithh: "I don't like how people are saying Beyonce lip synced. She's Beyonce. She can do whatever she wants. Don't ever talk negatively about her."

Although several more couldn't find a reason to care.

@HeatherHysteric: "I don't care that @Beyonce lip sync'd for her life. She still slays all of you, one by one."

Three hours in, the question turned into: does it even matter that she lip-synched? Both Spin and Entertainment Weekly have voted "no, it doesn't," especially considering the long history of other artists who've done the same thing. It seems Bravo's Andy Cohen would concur:

"If Beyonce lip synched that was the best damn lip synch I have ever seen!"