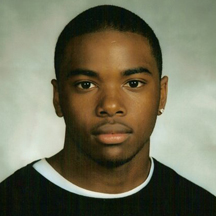 The event is in honor of the basketball champion who died on the court in 2005 after suffering a cardiac event -- no defibrillators were available there to save his life, and his mother, Cristeen Johnson, has dedicated her life to changing that.

Founder of the Eddie Barnett Jr. Foundation, Johnson has worked for years to educate parents and school officials about heart health for youths, and also to ensure that defibrillators are available in schools and sports facilities.

But the Eddie Barnett Memorial Tournament is the centerpiece of Johnson's vision. The event includes competitive sports but also simply to raise awareness on "hidden heart disease in youth," as Johnson says.

"When it comes to heart health, age is just a number," Johnson says. "It used to be just 'old people' who had cardiac events – but there is something we can do about it.

"We've got to start paying attention to our kids," she says.

Barnett had been diagnosed with hypertrophic cardiomyopathy, which restricted his ability to play sports. But, the family said, his doctor changed the diagnosis, allowing Eddie to play sports with fatal results.

For more information go to the foundation's website here.