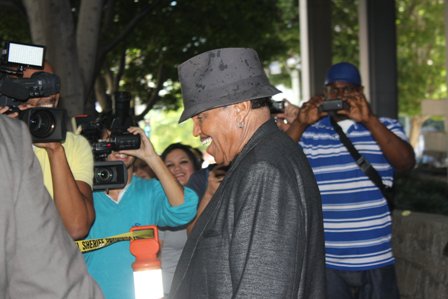 Jackson, 83, "is in very good spirits" and expects to be sent home from the hospital Friday, said the source, who asked not to be identified.

The "mild" stroke is similar to two others he suffered in the past five years, another source close to Jackson said.

Joe Jackson created and managed the Jackson 5, the legendary R&B and pop group made up of his sons, including Michael Jackson.


Although he is still married to Jackson matriarch Katherine Jackson, they live separately. He has a home in Las Vegas, while his wife lives in Calabasas, California, with Michael Jackson's three children.

Despite his age, Jackson remains active in developing and promoting several businesses and products