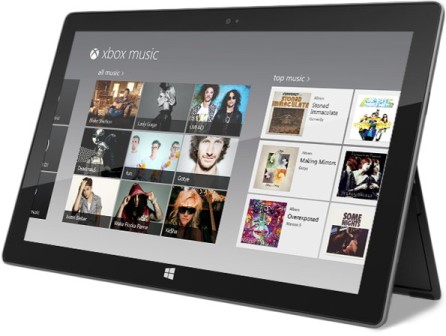 (CNN) -- When Microsoft announced Xbox Music at this year's E3 gaming expo, it sounded like an effort to become the next iTunes.

But new details show that the service, which begins rolling out this week, aims to be a whole lot more.

Microsoft announced Sunday that the all-in-one service will feature streaming online radio (think Pandora), an ad-supported or paid subscription service (say, Spotify) and, yes, music purchasing (a la iTunes). It begins rolling out Tuesday on the Xbox 360 system and will expand to the rest of the Microsoft product universe when its new operating system, Windows 8, is released Oct. 26.

It will eventually be available on devices running Apple's iOS and Google's Android operating systems.

"There are a lot of individual services that do a good job, but today there isn't a service which can pull together the benefits of download-to-own, music subscription, or free streaming services," Yusuf Mehdi, vice president of Microsoft's interactive entertainment division, said in a written release.

"With Xbox Music, what we wanted to do is bring all of that value in one simple, easy-to-use service, then build some additional value on top -- make it really beautiful, and have it work across all of your devices."

Like many new Microsoft products, Xbox Music is heavily dependent on Windows 8. The operating system is designed to run equally well on PCs, tablets and smartphones, as well as the Xbox, which Microsoft has been pushing as an entertainment hub, not just a gaming console.

Xbox SmartGlass, which the company also announced at E3, will let users control the TV, Xbox and other entertainment devices from a tablet or phone, using Windows 8.

Xbox Music will come installed as a feature on Windows 8. Using cloud storage, it will let users transport music from one device to another.

Perhaps taking a cue from Spotify, the massively popular streaming service now linked to Facebook accounts, users will be able to stream unlimited music for free with ads or pay $9.99 per month for an ad-free version.

Mehdi said the service is part of a plan to bring "a whole new level of connectivity" to entertainment, including movies, television shows and gaming.

"Music is a deeply, emotionally connected topic for people everywhere --- people's memories and special moments are always associated with music," Mehdi said. "It's a powerful area because of that, and I'm excited that we're going to be able to bring that to life in our product."