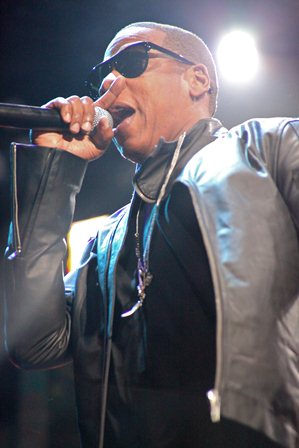 (CNN) -- In hopes of raising its game off the court as well as on it, 2K Sports has announced a partnership with hip-hop impresario and part-NBA owner Jay-Z, who is the executive producer of the upcoming "NBA 2K13" video game.

The megastar, whose real name is Shawn Carter, has been focusing his efforts on the game's presentation and entertainment elements away from the ball -- the music, crowd reactions and interactive in-game menus. He is part owner of the Brooklyn Nets, so his involvement is one that is personally appealing, he said.

"This has been a unique opportunity to collaborate with 2K Sports and be a part of one of the best sports video games in history," Jay-Z said in a statement. " 'NBA 2K13' will be the next evolution in sports and basketball culture, and I'm ready to usher in the new era of the franchise."

"Jay-Z's role represents a unique fusion of basketball, music, art and entertainment, and illustrates the evolution of 'NBA 2K' into something much bigger than simply the best basketball video game series ever made," Argent said. "He was obsessed with authenticity and he really wanted to add his influence early on to make the experience better.

"We are never just satisfied with the best. We asked how we can challenge ourselves to make the game and the overall experience even better."

Argent said Jay-Z's influence would be felt immediately in the game, starting during its video introduction. Jay-Z also handpicked the game's soundtrack with tracks from U2, Puff Daddy, Coldplay, Kanye West and even some of his own creations.

Argent said the entertainment mogul worked with the development team on how to bring the entire entertainment presentation to the video game without affecting any of the gameplay. He said Jay-Z was highly engaged and understood the line between on-court and off-court experiences.

2K Sports wasn't ready to talk about gameplay improvements at this time, but Argent said it was ready to make a "giant leap forward." The basketball simulation game is due for release October 2 for the Xbox 360, Windows PC, PlayStation 3, PSP and Wii. The Wii U version is expected during the holiday season.