Nathan Brannon is now officially 'Portland's Funniest Person' 2012. Brannon was one of 88 comedians who battled for the honor during a weeklong contest at The Helium Club that ended June 8. 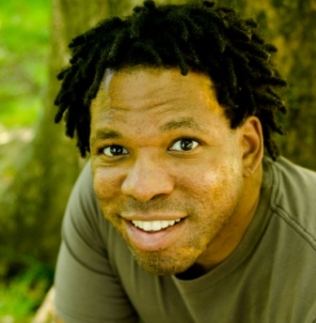 Brannon began his career as a funny guy in 2006, and has worked with some of the industry's biggest stars.

Most of his material comes by pulling experiences from his life –and most of them were probably not so funny at the time. Right before the 2011 contest, for example, he was hit by a car. And his health problems resulted in major life-changing surgery. But rather than dwell on the downside, Brannan turned his misfortunes into comedy.

A newlywed in an interracial relationship, Brannon makes us laugh about differences we all can recognize.

"We come from two different worlds," he says about his wife Kirsten. "Her dad killed a bear, with an arrow – one arrow," he says. "It takes me two pairs of shoes to kill a spider."

On the serious side he says, "She is my other half; my manager, my second toughest critic, writing partner, and best friend."

Brannon has battled with ulcerative colitis and nearly bled to death several times. To save his life he underwent major surgery to remove his colon.

Now, he says, he has made a full recovery. He credits his wife's support. "Kirsten drove all the way to Portland [from Walla Walla] when I had to have my colon removed, and stayed the entire night with me, curled on a couch," he says. It didn't hurt that she was training to be a nurse at the time.

Check out Portland's funniest person at www.nathanbrannon.com, on twitter @nathanbrannon, or find his many sketches and videos on Youtube.