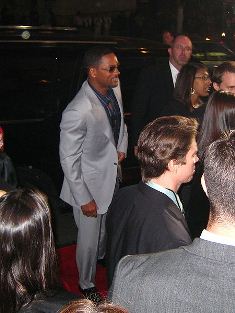 Will Smith said while promoting "Men In Black III" last week that he supports the move.

"I'm very supportive of that idea," Smith told The Associated Press in an interview. "America has been fantastic to me. I have no problem paying whatever I need to pay to keep my country growing."

Obama has proposed that everyone earning $1 million a year or more should pay at least 30 percent of their income in taxes. One research group said the change would affect around 210,000 taxpayers.

Vanity Fair has reported that Smith was paid an estimated $20 million for "Men In Black III."