By The Skanner News
Published: 10 February 2012 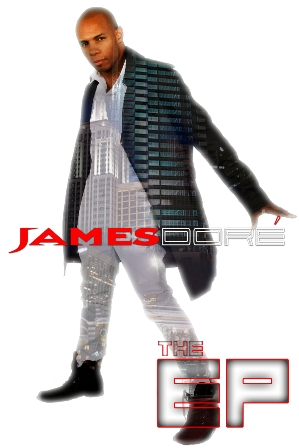 As a health and wellness teacher who incorporates music appreciation into his curriculum at Arizona Charter Academy, James Dore' works hard every day to instill the same love of music in his students that he has felt since he was a young boy.

Dore', who also teaches an after-school hip hop class at the Surprise charter school, has built up an impressive music career over the years. As a singer, songwriter and television host, Dore' has sang and danced at shows in Hawaii, hosted a show called Destination TV and had four of his original songs included in the movie "Vampire Slayers."

The artist recently released his second CD, a pop/R&B collection of music called "The EP." Dore' wrote all of the songs and lyrics for each of the tracks on the CD and also sings on each one. Music producer Chris Starr worked with Dore' on the album. Starr is well-known for working with recording artist Omarion on one of his hit songs.

At 5 p.m. on Sunday, Feb. 12, Dore' will host a CD release party at Taps Signature Cuisine & Bar in Old Town Litchfield Park. During the event, he will meet with fans, sign and sell copies of the CD, and perform some of the songs along with local dancers Michael Chase and Chris Valdez.

"It was always a dream of mine to be on stage," Dore' said. "It became not only my goal but also my mission."

While he was in the process of creating his latest CD, Dore' said he would sometimes have his students listen to some of his melodies to get their opinion.

"I would bounce beats off of them, and ask them to say which one they liked, and then I would use that one in the song," he said.

"What's great about kids is that they are always honest, and they would tell me if they didn't like something."

Dore' said he also uses stories from his career to help inspire his students every day and assure them that they can be whatever they want to be, as long as they keep reaching for their goals.

"That is my 'MO'—I am constantly saying how important it is to chase their dreams and keep working at it."

The artist is a native of the Pacific Northwest and a graduate of Cleveland High School in Portland, Or.