Cassow: Conquering the World One Beat at a Time

By Helen Silvis of The Skanner News
Published: 14 January 2012 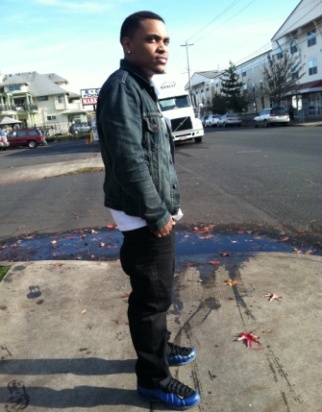 Portland rising star Cassow called in at The Skanner News last week to talk about how the music biz is treating him. His latest work, Head of the Class, is getting love on websites like hotnewhiphop.com and Tha Northwest.

"This album sounds like real Hip Hop from the early 90's brought into the future. Amazing! Portland is next to blow!" comments The Saint on hotnewhiphop.com.
Born and raised in Portland, Ore., Cassow says he's working very hard to get his music out and recognized.
"I've only been doing this for two years but I've covered a lot of ground, he says. "In the next couple of years I plan on going on the road and doing as many shows as I can."

Words to live by: "I'd rather wake up at 6 am every morning and chase my dream than wake up every morning working for someone who chased theirs"

Where did you get your name: Everyone asks me that. A friend of mine who died, Andre Dupree Payton, gave me my name. He thought I painted pictures with my songs, so he called me Picasso. I dropped the Pi and added a w to make it Cassow.

Where do you record and who do you work with? I recorded my last project Head of the Class at Flatline Studios with Terminill. And I'm filming now with some very good friends. They do everything for me. Trox is my guy. He is a producer and a DJ. On my last project he made Thru' My Eyes and Bad Manners. I also work with Stewart Villain. He made Champagne and Lost in the Wild.

What was your childhood like? I grew up with my grandparents. My mom was on drugs my whole childhood. And my father had another life and children in another house. My grandparents raised me really well. I became strong. It made me understand what life is like.

What about your high school years? I spent my junior year living with friends – couch surfing in a sense. It took something inside me to make the right decisions and move forward. I'm an internal person so music was the only way I could express myself. That's where my music came from – my struggles and hardships.


Who do you listen to? I listened to artists such as Jay-Z, Slick Rick, AZ and Kanye West. That's some of the stuff I listened to, to get me through hard times. It's soul touching. Just listening gave me the fire.

I listen to all types of music: blues, rock, and country too. Because if you listen to country close it's all about stories. Mostly all music is telling a story about something.

How did you start doing music? My uncle did music and I'd always go in there and play with the stuff and he'd record me. Music touches my soul personally in ways nothing else can. I can't explain the feeling of it.

Do you play any instruments? I picked up the harmonica last year and I've been playing it ever since. I like it a lot, and I also want to pickup the piano.

What's the story you want to tell? I want to show people that if you work hard anything is possible. A lot of rappers just rap about weed and girls. That's not me. I'm the type who goes to the gym and wants to give back. I want staying in shape to be the trend.

Why do you think youth make the wrong choices? Most kids want to do the right thing. A lot comes from peer pressure; the people they hang around with and the people right in front of them. Their friends make decisions for them. My grandfather always told me not to be a follower, and it's stuck with me. Everyone is not strong enough to realize it, especially when their parents are not there. Friends become family.

At the end of the day the cool one is the one who didn't smoke and didn't drink and everyone said was lame or uncool. Because when you are working or going to school, those cool ones will be standing on the corner still drinking and smoking.

What countries would you most like to visit? I'd like to go to Brazil, and I can't lie. It's because of the women there. It's like paradise.

Are you single? Let's just skip that. (laughs)

What do you think about Portland? Portland is not really a hip hop place, but I'm the type of guy, I'm going to work with what I've got. Some people use it as an excuse; I use it as motivation.

What's your favorite food? This may sound crazy but I could live off cereal. I don't really have a favorite. I can make anything work.

What about drinks? I'm trying to drink more tea. I heard Earl Grey is really good for you. And I like green tea, sodas and water.

Who do you rate in hip hop now? Macclemore. He is great live. I went to see him at Shabazz Palace in Seattle. It was crazy; that has to be my all-time favorite performance.

What are your musical ambitions? I have a good relationship with the Roseland and I want to build on that. I'd like to get into some of the festivals. And I hope to travel a lot in the next few years just performing. Some people are scared of performing in front of a live audience. I'm not. I love it and I have fun. And somehow I am going to bring my harmonica into my performance.

Other Ambitions? I'd like to launch my own independent clothing line. I would love to design some jeans that work for a business meeting but you can still wear to a club. They'd have some design, but nothing too crazy because that's kids' stuff.