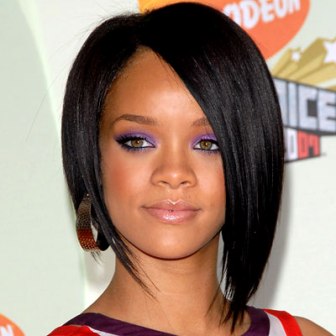 AMSTERDAM (AP) -- The editor of a Dutch fashion magazine has been fired after the publication used a racial slur to refer to Barbados-born Rihanna, setting off a social media furor and prompting an outraged response from the singer.

Eva Hoeke, editor of "Jackie," and the magazine's publisher said in a joint statement on Facebook that the use of the n-word - "although without malicious intentions" - was cause for Hoeke's departure after eight years on the job.

The slur was used in an article about how to dress your daughter like a pop star. Responding to criticism that flashed across the ocean, Hoeke said at first that her use of the term was meant as a joke.

She then put out a Twitter item with a more explicit apology, saying she learned, "1. Don't publish bad jokes in the magazine 2. Don't pretend bad jokes to be funny. Sorry guys. My bad."

On Tuesday, Rihanna responded herself via Twitter: "Your magazine is a poor representation of the evolution of human rights! I find you disrespectful, and rather desperate!!"

Rather than a positive article useful to Dutch girls, Rihanna said Jackie chose to print an item "degrading to an entire race. That's your contribution to this world!" She also ended her tweet with an indelicate phrase.

Hoeke said she was unaware the word she used was so loaded because "you hear it all the time on radio and TV."

By Wednesday, the Facebook apology had attracted hundreds of comments, many condemning Hoeke but some saying the reaction was overblown.