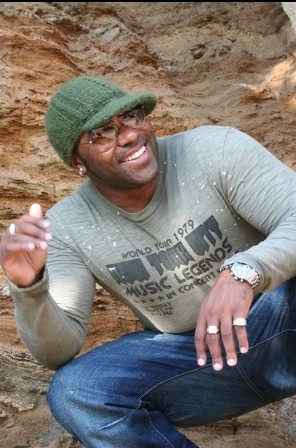 Seattle's Shyan Selah has officially signed a deal with the Real Hip Hop Network, the first ever 24 hour television network dedicated exclusively to "all things Hip Hop," to license a "behind the scenes" reality show on Selah's life, career and work in the global community. Production and filming of the show will begin January 2012.

"Life: The Reality of Shyan Selah" will be centered on Shyan Selah's work as an entertainer, activist, and entrepreneur – which was profiled in The Skanner News in 2009.

Special emphasis will be placed on the launch of his internationally syndicated talk radio show, "LIFE," which will air on the Transformation Talk Radio Network, and will feature guests from his diverse network of fellow entertainers, athletes, entertainment entrepreneurs, and social activists. The show will also cover the release of Selah's new album including the recording process; Selah's signing, mentoring and developing new talent for his record label; and his social activism, particularly with youth and education outreach. Selah grabbed the attention of the network for his unique fusion style of Rock, Soul and Hip Hop music, particularly in his song "LOVE," which is posted on YouTube, and the fact that he's made progressive and positive movements a staple in his career utilizing music to get key globally progressive messages to the people.

"To me the truth of Hip Hop, is it's the ultimate musical hybrid of all genres. I pride my style on being live, poetic, and rebelliously soulful. Being on this network is a blessing and I'm excited to work alongside the RHN family. It is my hope that through this show and network Hip Hop will evolve," said Selah.

"Life: The Reality of Shyan Selah" will be produced by Seattle-based Raven Media Group headed by Laurence Gordon, who will also act as executive producer, and the Los Angeles-based Cineline Productions.

"As an executive producer of 'Life: The Reality of Shyan Selah,' I am very excited to begin filming this amazing new show," said Gordon, who's produced a number of feature films and television shows and is the adopted son of famed screenwriter and producer William Gordon, Jr. "Shyan Selah is not only a great talent in entertainment, but a wonderful motivator and mentor as well. The show will reach the old and young with great hip hop music and motivational and inspirational messages. Following the life of Shyan Selah throughout the day will be an exciting journey for all."

"Cineline Productions proudly embarks on an exciting collaboration with Shyan Selah that is set to captivate television audiences," added Aaron Champion, owner of the multi-media production company that has had its content featured on MTV, FUSE, CMT PURE and has also produced numerous short and feature films. "Presented with the opportunity to spotlight the tremendous musical talent and community outreach of Shyan Selah through an original docu-series, Cineline Productions continues its mission to create quality content that tells compelling stories that reach beyond entertainment but find the heart. We at Cineline are proud to play a part in the presentation of Shyan's inspiring social message while telling his story in the process."

"Life: The Reality of Shyan Selah" is one of two international media platforms that Selah will be launching content on in 2012 - the other being the Transformation Talk Radio Network which broadcasts content on over 300 national cable radio channels, Internet Networks, and AM/FM stations around the world reaching millions in over 100 countries. The Real Hip Hop Network, which will debut its official nation-wide launch in the first quarter of 2012 on Direct TV and Dish Network, is currently broadcasting to 20 U.S. affiliates reaching 60 million households across the U.S, over 164 million homes internationally throughout the Middle East and Europe, and to over 350 million gaming systems worldwide.

"Shyan Selah's new reality show will introduce to the world its newest compelling voice. Real Hip-Hop Network from its inception was designed to be a platform for progressive artists," says Atonn Muhammad, Founder and CEO of the Real Hip-Hop Network. "Shyan's hard hitting lyricism combined with the power of the social causes he supports fits with the vision of RHN being a vehicle for emerging hip-hop super stars."

With the launch of "Life: The Reality of Shyan Selah" on the Real Hip Hop Network and "LIFE™" on the Transformation Talk Radio Network, Shyan Selah will be marking history as the first ever music artist, Hip Hop or otherwise, to simultaneously launch content on two international platforms before debuting an album to a global audience.

"We're very excited in our decision to launch the show on the RHN Network," said Candice Richardson, Director of Media Relations for BNW Global LLC, the entertainment organization founded by Shyan Selah and responsible for brokering the licensing deal. "We consider 'Life: The Reality of Shyan Selah' as a flagship show for the Real Hip Hop Network as it aligns its mission of producing quality, positive programming related to the Hip Hop culture with the image and work of Shyan Selah. Moreover, we're excited to make music and television history and we can't wait to introduce the world to this incredible man and talent."