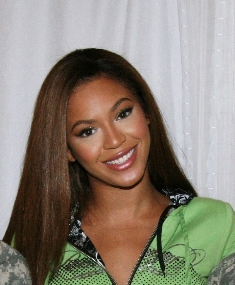 When Beyonce performed at 10:35 p.m. EDT Sunday night, there were 8,868 tweets per second. Twitter said that rate was a record for the service.

At the VMAs, Beyonce revealed a baby bump, cupping her growing belly for photographers as she arrived and rubbing her tummy when she performed. The 29-year-old singer is married to Jay-Z.