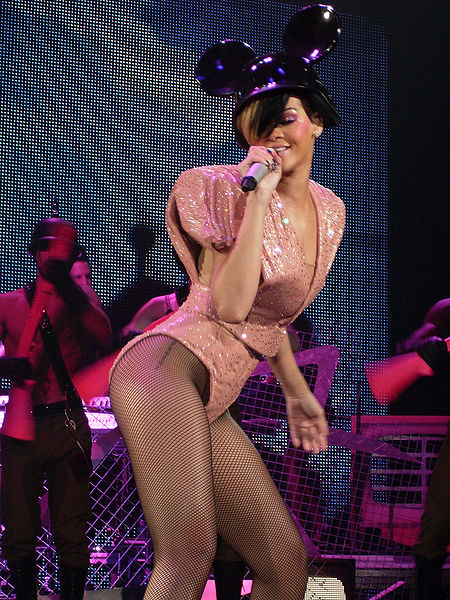 DALLAS (AP) -- A small fire above the stage has forced pop star Rihanna to cut her Dallas concert short.

The Fort Worth Star-Telegram reports the fire broke out near a lighting truss as Rihanna was finishing the ballad "California King Bed" and descending below the stage for a costume change. The newspaper says the production crew quickly extinguished the fire, but the Friday night show was canceled anyway.

About 12,500 people were in the audience. American Airlines Center spokeswoman Jenny Walker says an evacuation was orderly and no injuries were reported.

The fire cut a short show even shorter. Rihanna was about an hour late taking the stage after her flight from New York to Dallas was delayed.

The singer later tweeted that "We set the stage on FYAH tonight!!!"

Information from: Fort Worth Star-Telegram, http://www.star-telegram.com