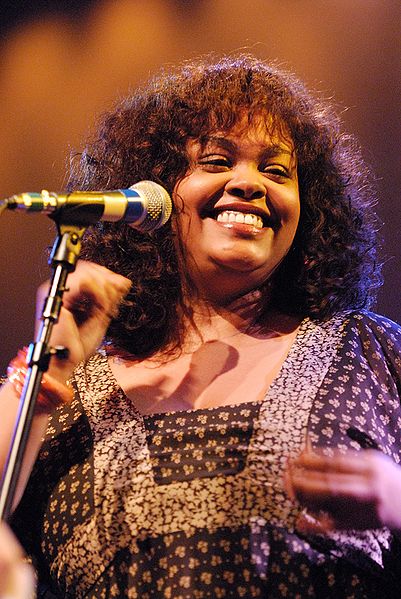 Scott performed some of her timeless hits including "A Long Walk," and "Is It The Way" and drew heavily from her latest release, "The Light of the Sun." She delighted fans when Hamilton joined her on stage to perform their current hit, "So In Love," which helped push the new album to No. 1 - her first release to do so.

Applause rolled through the packed Louisiana Superdome when the song's first bars resonated in the arena.

"They have an amazing chemistry," said Sakeena Morgan, of Brooklyn, N.Y. "The performance was inspiring. I think they did great and she looks great."

Hamilton, who's going on tour with Scott and Mint Condition later this summer, said he was glad to be a part of Scott's project. "It's really been special," he said. "It's our first collaboration."

Not a stranger to Essence, Hamilton said he's in negotiations with the festival to return, perhaps to the main stage. "I would love that," he said. "I love that stage. There's a lot of energy there."

Scott also let the audience hear "Rolling Hills," which she recently performed on the BET Awards show, with actor Idris Elba portraying the love interest, and "Shame," both off the new album.

"I've loved her since her first album. This one reminds me of her first one, it's just as mellow and soulful."

At the festival, she showed off her slimmed down physique in a body-hugging black-and-silver sequined tunic and form-fitting black leggings. Asked what sparked the weight loss and transformation in her look, Scott said "I had a son."

"He demanded change," she said. "I was told I would never have kids consistently from doctor after doctor from the age of 15 to 37 and now I have this incredible blessing, a healthy, strong, fun, happy and sweet son. I decided it was now up to me to make an effort to be the best that I can be for him."

Scott was among the headliners for Saturday's festival, which also featured performances by El Debarge, Chaka Khan and the night's closer, rapper Kanye West.

DeBarge opened the night, giving fans a taste of all of his classic hits such as "There'll Never Be" and "Rhythm of the Night" as well as his latest release "Second Chances."

Khan gave the audience more than they hoped for with a tear-stirring rendition of "Through the Fire" and an uplifting performance of her classic "I'm Every Woman," along with a surprise appearance by New Orleans' own, Ledisi.

Khan said she's currently in the studio working on new music but had no date for the project's release, saying it will be released "when I'm finished."

Scott said she felt a little rusty on stage since she hadn't performed a live act of any real length in more than a year.

"That was fun," she told the crowd after singing "Hate On Me."